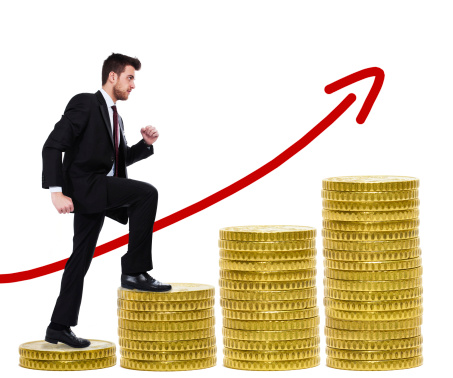 It’s one of the most common questions in both job interviews and performance reviews: “Where do you see yourself in 5 years?” But the answer you get from most people might not be what you expect.

For the majority of staffers it’s not “in the corner office” or even “doing your job.”

Turns out two-thirds of workers have no aspirations to be in a leadership role. The stats:

That’s the surprising finding from recent research by CareerBuilder.

So if you assume that accounts receivable clerk is hoping to be the A/R manager or even Controller someday, you could be making a mistake. And that could cost you a valuable team member.

Here’s how to help ensure that doesn’t happen.

Understand why they don’t want to lead

Of course there’s no one-size-fits-all answer here. There are plenty of reasons why an employee wouldn’t be interested in stepping up into a leadership position.

Take a look at some of the most common, according to the CareerBuilder research:

It might be a good idea to do some follow-up both when initially bringing people into Finance and during your periodic touchbases if you hear that they have no designs on a leadership role.

See if objections can be overcome

The good news is, some of those reasons can be overcome if the person is interested.

For example, offering extra training, or reminding folks of your tuition reimbursement program if your organization offers one, can get past the insufficient education problem.

Work-life balance might not be something you’ve thought of as an obstacle to career advancement. And it may be more of a perception on the part of staffers than a reality that they can’t have the same work-life balance and still rise up the ranks.

You might want to take a deeper look into this one to see if there are examples of folks currently in leadership positions who haven’t had to sacrifice that ever-important balance. That way you don’t miss out on potentially strong leaders for your team for a reason that can be corrected.

Let them know it’s OK to not be a boss

Then again, maybe you just have some folks who don’t ever want to be in charge. And they may well be perfectly happy where they are right now.

If they’re great performers in a rank-and-file role, make sure they understand that it’s OK by you.

Not everyone’s cut out to be a leader, and if you have someone who’s great at his or her existing job, then you both still win by not pushing a management track.