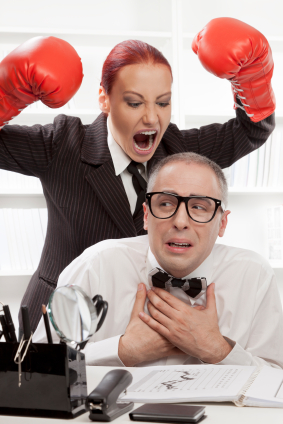 If anyone’s tempted to dismiss workplace bullying as HR-hype, share this with them: It’s a seven-figure problem, even for small companies.

A Brooklyn employer recently had to pay $4.7 million to an employee who was ultimately assaulted by a co-worker – a culminating act after repeated bullying behavior. That’s the largest award to date in a workplace bullying incident.

Despite the employer’s claims that the bully’s actions were no more than “banter” between co-workers, a court didn’t see it that way. And because supervisors did nothing to stop to the harassment, the company will have to pay the (steep) price.

Having an anti-bullying policy is more than a smart move – your state may soon require it. Currently 15 states, including New York, Massachusetts and Florida are considering legislation to protect employees from workplace bullying.

The trouble is, sometimes bullying behavior is easy to miss.

Turns out, bullying is one of the more subtle and misunderstood problems facing employers. Which is why it often festers for so long.

You want to be confident that you – and you supervisors – can spot the more subtle signs there’s a bully afoot:

Suspect you have a bully on your team?

Whether overt or a bit more subtle, if you suspect you have a bully in your midst, you’ll want to act fast.

Your best route in as a leader: Call the bullying behavior to the person’s attention.

Now for the tough part: Resist the urge to editorialize or label it.

Instead, simply identify the behaviors you’ve observed. For example: “I notice you frequently walk into your co-workers’ cubicles, lean over their shoulders and start reading their computer screens.”

Then be sure to spell out what behavior you want in the future: No entering another cubicle without being invited in, eyes off coworkers’ work, etc.