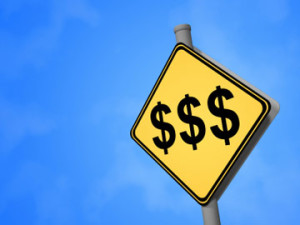 There’s some good news: As more and more companies move their IT operations to the Cloud, it appears that rates are staying steady.

That’s according to a survey of 505 businesses by UBS Group AB. The Wall Street Journal reports more than half of these businesses didn’t see a change in cloud prices in the past year.

There could be a variety of reasons for this static pricing. Many contracts are negotiated for several years in advance, so pricing may be locked in. But while cloud providers often undercut each other in the past in order to lure in businesses, that may no longer be the norm.

In fact, some (mostly larger) companies saw prices rise in the past year. Fifteen percent said they’re paying more than they were a year ago.

UBS reports that most (55%) of companies said they expect costs to remain flat in the coming year or decrease slightly.

It’s certainly not possible to tell from just one survey, but this could indicate a bottoming out for cloud prices may be on the way. And companies should prepare themselves if this is the case.

As the Journal reports, cloud contracts are getting longer and longer terms (now an average of 42 months). And if you’re going to be locked into a contract, you’ll obviously want it to be for favorable rates.

Make sure that you know what you want out of a contract before negotiations begin and don’t be afraid to play providers against each other to maximize your return.