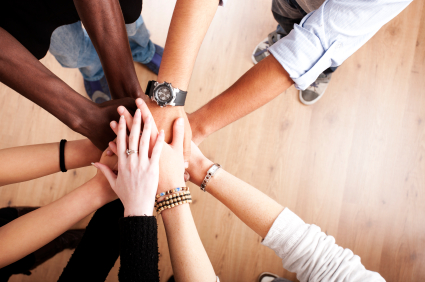 You know the boss often makes or breaks an employee’s job experience. Even if you love your job, if you loathe your boss you’re probably not sticking around.

But what if you’re not so sure you can trust your boss?

What if you’re the boss and aren’t sure your staffers trust you?

The folks at the Harvard Business Review identified four ways managers can prove their trustworthiness in their charges’ eyes.

No matter which side of the desk you’re on, here’s what you want to be on the lookout for.

Of course, there are certain things a manager can’t disclose, like salary data. And your staffers have to understand that. But on most other things you want to be as transparent as possible.

That means being honest about company goals, performance metrics and overall performance.

Not only does that increase trust between you and your staffers, but there’s an added bonus: It keeps the rumor mill under control. When staffers know they can count on a straight answer from you, there’s a lot less room for speculation and those productivity-damaging rumors.

Tip: You might also try to offer some of this information up before staffers ask. It shows you trust them as well.

Trustworthy Trait 2: Encourage, rather than command

Yes, you’re the boss and the one who’s in charge. But the most trustworthy bosses are secure enough in that that they know that doesn’t mean bossing people around.

The best leaders function more like coaches. So rather than telling your A/P staffer the way she should be processing invoices give her as much freedom as possible to come upon the most efficient approach for herself.

Just be sure that you make your expectations clear so folks have a framework to work within.

This can be the toughest one, no matter who you are. No one wants to admit they were wrong or handled something improperly.

But you can build up a lot of credibility with your finance team if you own up to a mistake.

It serves as a bonding opportunity, yes. And when you make a mistake you absolutely want to own up to it right away.

But you can use it as a teaching opportunity, too. When a staffer makes a misstep, you might consider sharing a time when you faltered. It shows empathy and helps build stronger bonds with your team.

Resist the urge at all costs! Even if you’re attempting to commiserate with a staffer, never badmouth someone else.

You might think you’re bonding with the staffer you’re speaking to. But the underlying message is: If you’ll say something behind James’ back, you’ll probably won’t hesitate to say something negative about me the minute my back is turned.

That goes for other departments outside of Finance too.

Adapted from “Proven Ways to Earn Your Employees’ Trust,” at hbr.org/2014/06/proven-ways-to-earn-your-employees-trust