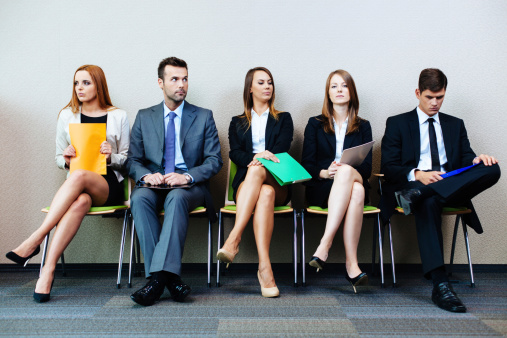 When you’re hiring Finance staffers, you can never have too many great interview questions in your back pocket.

Our sister site, HRMorning.com, recently assembled a collection of fine-tuned interview questions top employers are relying on to vet their job candidates.

Here, we’ve compiled the best of the best from the past year:

If a candidate has something he or she enjoys doing, then the person’s probably pretty good at it.

The answer to this question also gives you an opportunity to see how the candidate will fit in at your work organization (i.e., Do the person’s interests align with your business objectives?), and what they’re looking for out of you as an employer.

Then again, if the person’s answer is something along the lines of how long their lunch break is, you can likely take that as a sign to move on to the next candidate.

In the candidate’s response, watch for what details he or she includes. A lack of detail is a tell-tale sign of exaggeration.

In other words, the person should be able to include every detail that led to success. If you find the narrative is lacking, it’s likely the person wasn’t the one who solved the problem.

“Because anyone who struggled hard on a problem never forgets it,” Musk says.

This question is better than the standard question: “Are you a team player?” You’ll usually figure out whether someone plays nice with others through your other questions.

With this question, you’ll learn more about the candidate’s preferences and how his or her behavior will lend itself to a team — rather than asking flat out if he or she is a team player.

4. Tell me about a meaningful experience serving a cause – what about it motivated you to do more?
(William Vanderbloemen, president, Vanderbloemen Search Group, Houston)

This question helps you learn about what your candidate’s passionate about. You can also take this time to discuss what your company supports.

What the candidate does outside of work can be just as important as his or her problem-solving abilities.

5. What’s the toughest feedback you’ve been given, and how did you learn from it?
(Ben Dattner, founding principal, Dattner Consulting, New York)

If a candidate answers this question by saying he or she can’t remember any important feedback they’ve received, that’s a big red flag. An answer like that tends to reveal a worker who is oblivious to their weaknesses or unwilling to accept any fault in their work. Both are difficult to work with.

On the flip side, a well thought out response from a candidate helps establish him or her as a worker who can take harsh criticisms and benefit from them, whether the candidate agreed with it or not. A good worker can look beyond criticism of that nature and learn how to spin it into a positive opportunity to build character.

6. Tell me about your friends.
(Paul B. Brown, author and columnist)

It can also uncover a candidate who can socialize across a wide network, or someone who might be completely loyal to just one or two people outside of family. Only you know which is preferable to you and your company’s social atmosphere.

7. When have you been asked to do too much, and how did you respond?
(William Vanderbloemen, president, Vanderbloemen Search Group, Houston)

It’s useful to figure out if a candidate can admit to needing help. It also will reveal how much the person can handle before reaching out and using the resources available to him or her.

8. What are people likely to misunderstand about you?
(Ben Dattner, founding principal, Dattner Consulting, New York)

This question reveals how sharp a candidate’s social intelligence is. Can the candidate recognize what others perceive as a weakness in him or her — even if it’s not really a weakness?

Usually, employers want someone who’s aware of how he or she comes across to others. It can also help to know what steps the person has taken to mitigate bad impressions they’ve instilled in others.

We’ve all disappointed someone at least once in our lives, and it’s how we pick ourselves up and approach second chances that defines our character.

With a question like this, you’re trying to see the depth of character that your candidate has and whether or not he or she will even admit to letting someone down.

Sure, the person’s answer can raise a few red flags, (after all, mistakes are being admitted). But a great candidate can show you how he or she turned a negative situation into a positive one — either by acknowledging and learning from a mistake or by taking corrective action.

10. If you were hiring someone for this position, what would you be looking for?
(From the staff of HR Morning)

This one can certainly throw some candidates for a loop, but the candidate should be able to use this question to illustrate what strengths he or she values in a worker. This can help you better determine if the candidate is the right fit for your company’s values.

A bad candidate will just highlight stock qualities he or she thinks you want to hear, which is easy enough to see through.