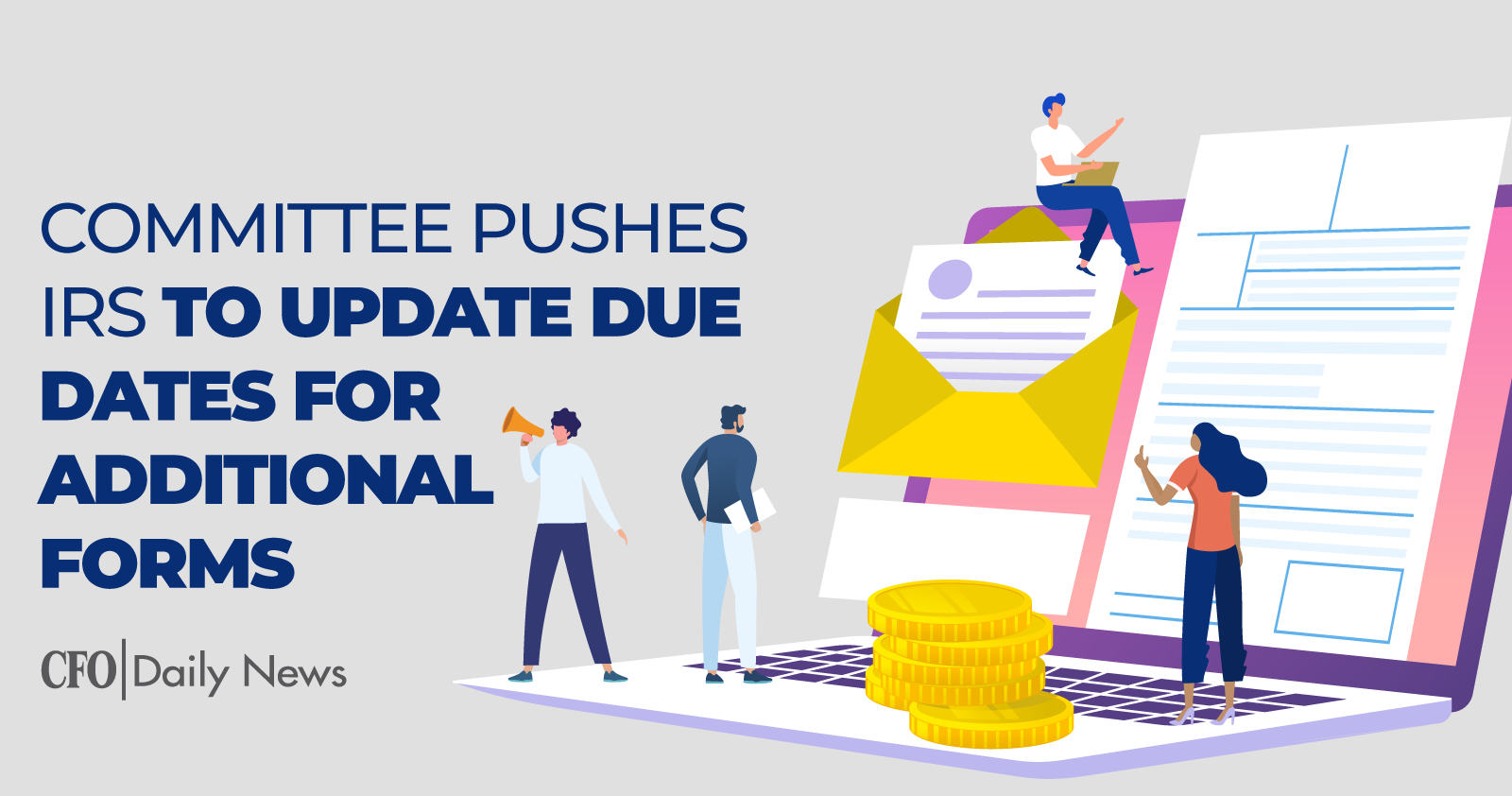 Over the years, your Payroll team has quickly adjusted to an earlier filing deadline for Forms W-2. Because of that, the IRS may decide to change the deadline for submitting other key Finance forms.

In a recent report, the Electronic Tax Administration Advisory Committee (ETAAC) discussed how well Payroll’s done with adapting to the new filing deadline – and why it may be best to update the due date for several forms in light of this.

Here’s what you need to know.

The deadline to submit Forms W-2 first changed in 2015 after Congress passed the PATH Act, making the forms due on Jan. 31 of each year instead of on March 31.

For the most part, employers met the new filing deadline immediately. In tax year 2016, nearly 85% of all W-2s were filed by the earlier deadline. By tax year 2019, on-time filings had increased to almost 90%.

Making the deadline for Forms W-2 earlier had several positive effects, the ETAAC report said. For one, it decreased the likelihood of taxpayer identity theft. The earlier tax returns are filed, the harder it is for fraudsters to file them on a taxpayer’s behalf.

Earlier filing deadlines also make it easier to correct any errors on returns. Once the IRS receives W-2s from employers, it can match the info reported to what’s listed on employees’ tax returns. That means it can correct any discrepancies right away.

Because of the success the IRS has had in streamlining tax season due to changing the filing deadline for Forms W-2, ETAAC has recommended that the agency continue this trend with several other tax forms, including Forms 1099-R for distributions from pensions and retirement plans, and 1099-K for merchant card and third-party payments.

Right now, the deadline for these forms is still March 31 of each year, and that leaves plenty of time for identity theft to occur and errors to go unchecked.

In fact, Form 1099-R fraud is currently one of the top schemes on the IRS’ radar. The agency’s Identity Theft Tax Refund Fraud Information Sharing and Analysis Center issued multiple alerts about the potential for Form 1099-R fraud in 2020.

If the agency agrees to set a new filing deadline for these forms, additional forms your Finance team uses could be affected as well.