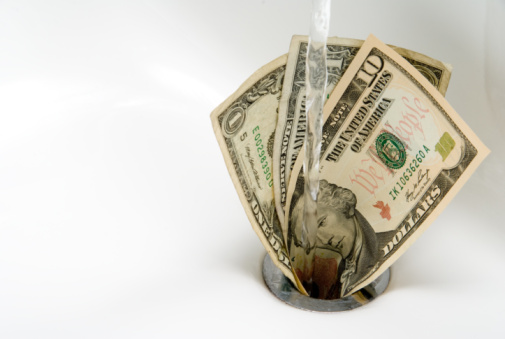 Every year at this time, scores of employers lose countless hours of work time and obscene amounts of money because of a little thing called March Madness, the start of the NCAA men’s basketball tournament. But this year, employers are a little less likely to take the usual “Well, what can we do?” approach.

First, the obligatory stats on March Madness’ drain on office productivity from this year’s study. According to outplacement firm and perennial March Madness statisticians Challenger, Gray & Christmas, 50.5 million (20%) of U.S. workers could participate in office pools this year. That’s up 5% from 2015 and 9% percent from 2014.

Based on those estimates, Challenger, Gray & Christmas expects the opening week of the tournament to cost employers around $4 billion in revenue due to lost productivity. The study also found that each hour employees spend filling out brackets or watching games — games that can be streamlined via laptops — will cost employers $1.3 billion.

While these stats may encourage employers to ban any March Madness activity, the outplacement firm advises against such a move. According to Challenger, Gray & Christmas:

“Efforts to suppress the ‘madness’ would most likely result in long-term damage to employee morale, loyalty and engagement that would far outweigh any short-term benefit to productivity.”

Not everybody is on-board with Challenger, Gray & Christmas’ suggestion to embrace the “madness.” A new and separate study by Office Team found that fewer than a third of managers said letting employees do things like watch games on company time or participate in pools was good for morale. That’s a steep drop from the 50% of managers who found this activity to be a morale-booster back in 2015.

It seems like managers are acutely aware of just how much of a problem this tournament can be for some workers. In fact, the OfficeTeam study found that nearly four in 10 workers admitted they were distracted by games at work. That’s nearly double the number of employees who admitted this the year before.

“Today’s technology makes it easier for people to get game updates from just about anywhere, including the office.”