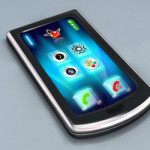 With at least one smart device in nearly every user’s arsenal – and many holding corporate information – mobile infections pose a bigger threat to your security than ever.  And that could mean untold dangers to your bottom line.

According to a Nokia report on mobile security threats for the first half of 2016, 1.06% of devices, or roughly 1 out of every 120 phones, are infected with malware.

That doesn’t seem like a lot on its face. But think of it this way: Does your organization have 100-plus users? And do some of them carry more than one device?

If so, you may already have an infected device tapping into your networks. And if the situation develops into a data breach, you know how expensive things could get.

As you may have guessed, Android devices were the primary means of infection. Seventy-four percent of infected devices were Android. A distant second was Windows or PC devices at 22%.

One source of mobile threats, according to the report, were games. The authors suggest that with these apps (and any others), users would be wise to:

Keeping users’ devices safe will go a long way toward keeping your networks safe. So what steps can your IT people take to prevent mobile malware infections?

Here are some that may work: