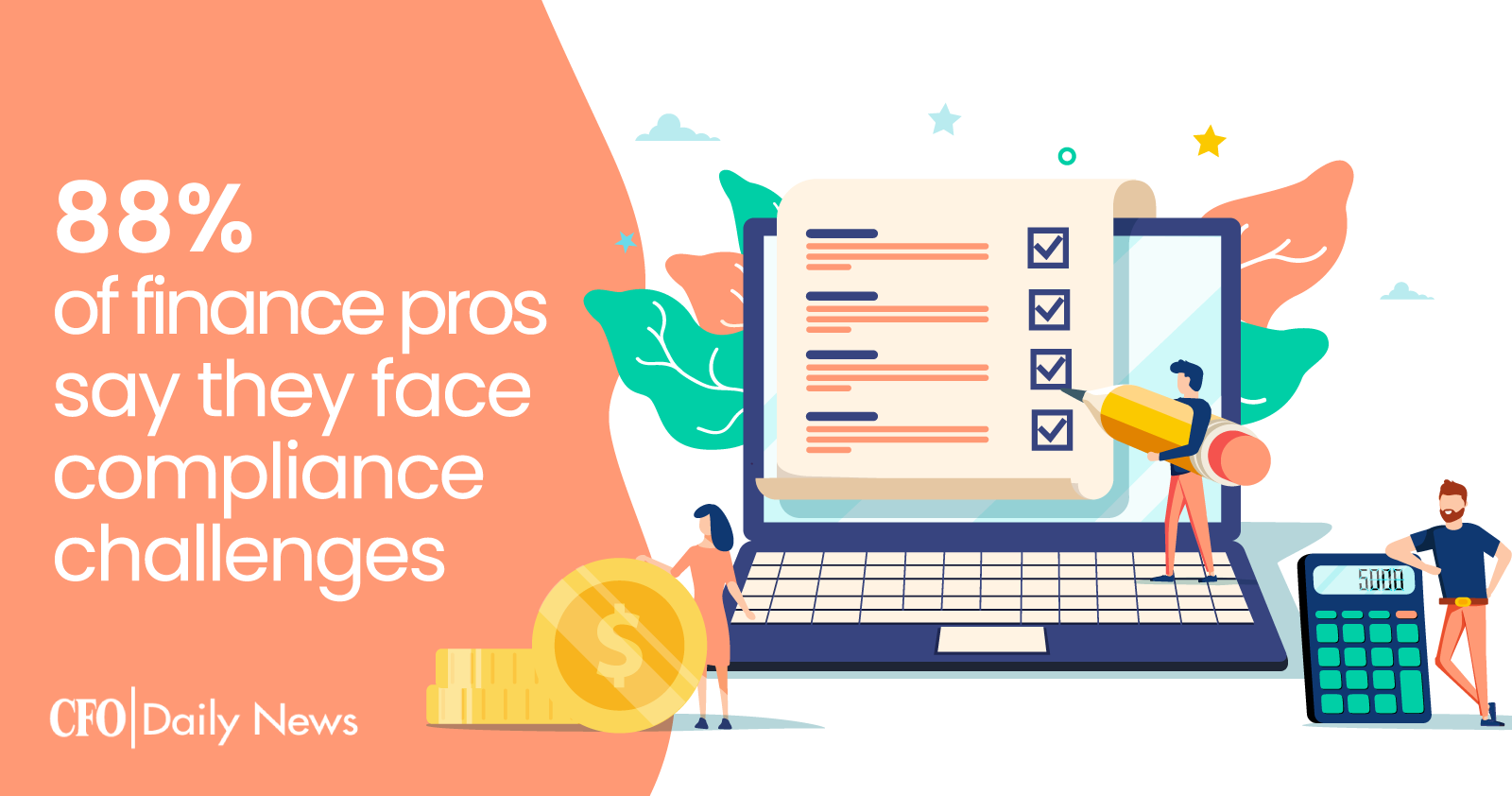 The ever-growing, ever-changing realm of online sales tax has made the waters so muddy compliance can seem like an impossible task.

Your fellow CFOs confirm that in the Future of E-Commerce Compliance: Part 1, by TaxJar.

It shows where the greatest compliance hurdles lie now.

And there are plenty of them! A staggering 88% of finance pros say they face online sales tax compliance challenges.

Check out the three places where your peers are getting caught short most often now. That way you can shore up any of your own exposures.

45% have missed a sales tax change

Today most companies sell to an average of 25 states, while a quarter of companies in the e-commerce space sell to all 50 states.

No wonder it’s so hard to keep track of changes!

Remember, too, that while state sales tax rates change relatively infrequently, local changes happen fast and furiously throughout the year.

The numbers may be small, but they can throw those invoice totals off all the same.

So it’s easy to see why many of your peers have charged a customer the wrong rate at some time.

The key is in how you correct it. Hopefully your customers will spot when they’ve been charged incorrectly so they speak up.

According to sales tax experts, you’ll want to generate a new corrected invoice if it hasn’t already been paid. That way everyone has the proper paper trail in case of an audit.

Just like companies are dealing with so many different states these days, they’re also tapping a slew of different sales channels to do business.

On average, businesses use three different sales channels. One in five of you tap five or more to do business.

Now factor in all the different nexus-triggering thresholds and you can see how quickly things get out of hand.

But there’s good news. Many states are simplifying their standards for what creates economic nexus.

Maine, for example, will drop its transaction threshold on Jan. 1, 2022, so only remote sellers and marketplace facilitators making $100,000 in sales annually will have to collect sales tax here.