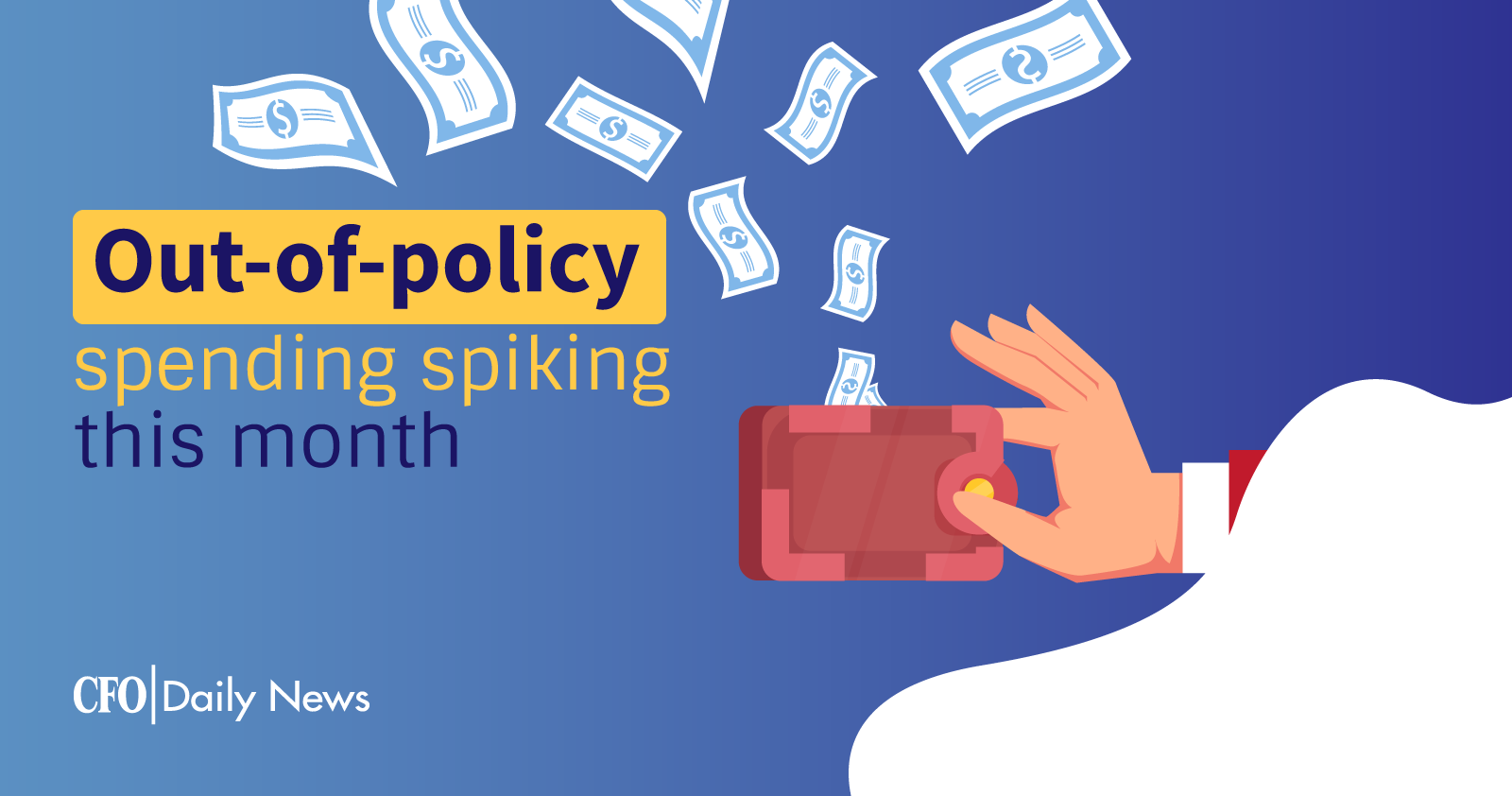 This holiday season, many of your employees are feeling extra generous … with your company’s money! Out-of-policy spending skyrockets in December.

So say the folks at AppZen. The company used artificial intelligence to identify unauthorized spend in companies.

And boy did they find it!

Check out the four main categories AppZen found where employees are stepping outside the lines – and by how much. That way you can be sure the same doesn’t happen within your own organization this month.

Is it really better to give than to receive? Not for your company when employees are doing the giving!

Gifts take the top spot for overspending according to AppZen.

Their research uncovered $783,000 in out-of-policy gifts purchased in December. Compare that to the $134,000 that was green-lighted.

Gifts may be something you want folks to get pre-approved before they buy.

You do have a little added backup to keep gift spending in check: IRS.

Remind everyone that gifts to employees are almost always taxable, with a few exceptions.

For example, some companies may give workers a turkey or ham for their holiday dinners, which is considered de minimis. However, a gift certificate to purchase one may be taxable (unless it specifies it’s only redeemable for the turkey or ham).

In December unauthorized business meals jump to seven times what they are the other months of the year.

Granted this is the time for holiday luncheons, team breakfasts and parties so meal tallies are likely to be higher.

But these are out-of-policy expenses that employees are attempting to push through. Make sure your team is ready to push back.

The thing with alcohol: It gets real expensive real fast.

The average December instance of unauthorized spending on alcohol is $573. That’s six times more than it is the rest of the year.

Alcohol is one of those aspects of T&E policy that always causes controversy. Will your company reimburse it at all? What if employees pick top-shelf liquors? How many rounds is too many to cover?

Make sure there are no gray areas in your own policy. It’s probably a well-timed idea to push out your guidelines now not only to employees, but to reinforce them with expense report approving managers.

Here’s a tip to pass along to employees during December: Ease up on the tips!

Turns out there are plenty of big tippers out there … when it’s on your company’s dime.

During December the number of unauthorized gratuities handed out was up a staggering 109 times over the monthly average.

To keep tipping under control, you absolutely want guidelines spelled out in your T&E policy.

That should include both a predetermined percentage your company allows employees to tip and a requirement it be shown (and submitted) on all meal receipts.