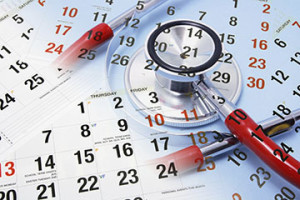 With so many cities passing paid sick leave laws lately – we’re up to about two dozen now – the latest stats from the Bureau of Labor Statistics (BLS) should come as no surprise.

Record numbers of employees are being paid for taking off when they’re under the weather.

In fact, 64% of payroll departments in the private sector have to account for at least one paid sick day per year for employees, according the the BLS blog.

That’s a respectable jump from 2015, when the BLS found that rate was 61% across the country. There has been a total increase of 7 percentage points over the last decade.

As for state and local governments, the numbers are even higher, with 90% offering paid sick leave to employees this year – same as last year.

The increase between 2015 and 2016 was almost entirely due to an increase in access among workers in low-wage occupations — workers in occupations with average wages in the bottom 25%.

The biggest increase in access to paid sick days over the last year was in the Pacific Census Division, which includes Alaska, California, Hawaii, Oregon, and Washington state. In this set of states, the share of private industry workers with access to paid sick leave jumped up 12 percentage points – from 61% to 73%.

What the law requires

Given that more employees have access to paid sick leave, you’ll want to be sure about what the Fair Labor Standards Act requires.

Remember: When a worker takes a sick day, that doesn’t count as hours worked, says the Dept. of Labor.

What’s more, the hours don’t need to be included for overtime purposes.