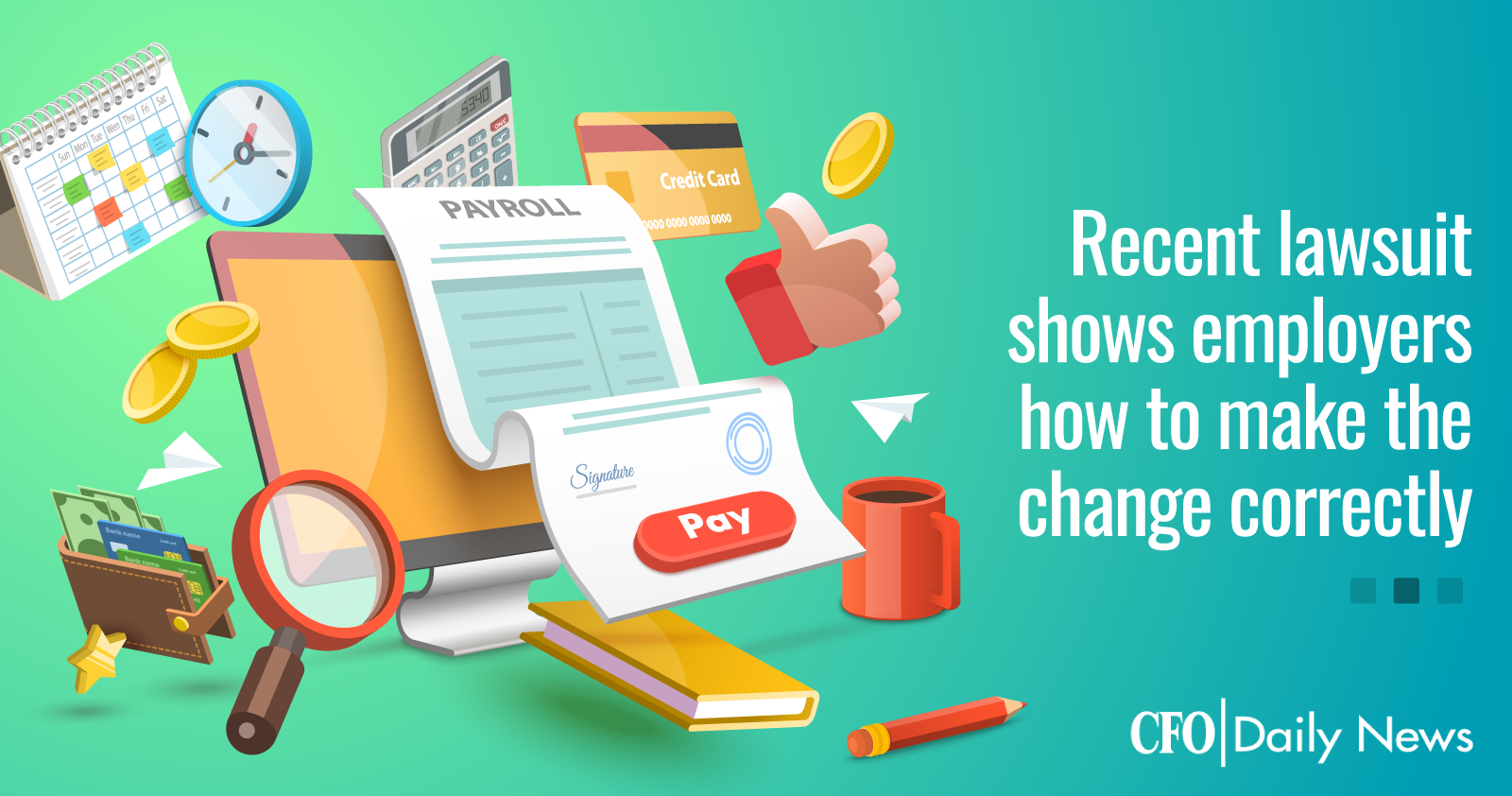 It’s sometimes necessary to change your pay cycle. In this situation, it’s key to proceed with caution.

Along with any compliance and legal issues that may arise due to state prompt payment laws, you’ll have to address workers’ concerns about their checks.

One company’s pay cycle change upset workers so much that it was challenged in court, but the employer followed procedure to the letter and won.

The employees in Wilkinson v. West Virginia State Office of Governor said that, after their employer changed from a semimonthly pay cycle to a biweekly pay period, they weren’t paid their full salaries for the year.

However, this wasn’t the case. Upon analysis of payroll records, the court found the workers were paid for work done in the previous pay cycle on each payday, so they were paid their full year’s salary by the first payday that fell in the next calendar year.

This was perfectly legal under state law, so the case was dismissed – even after multiple appeals.

Under the Fair Labor Standards Act, pay cycles can be changed as long as the change is:

State laws may be stricter. Be sure to consider these factors for a smooth transition.

It’s equally important to consider employees’ potential questions about the pay cycle change. There may be many, since they’re just as concerned about money as you are.

Your best bet is to have your Payroll team communicate with workers early and often about the change. The more of a heads-up Payroll can give your people about how the shift will affect their take-home pay, the more time they’ll have to adjust and prepare. It also allows the team to have ample time to ease employees’ concerns.