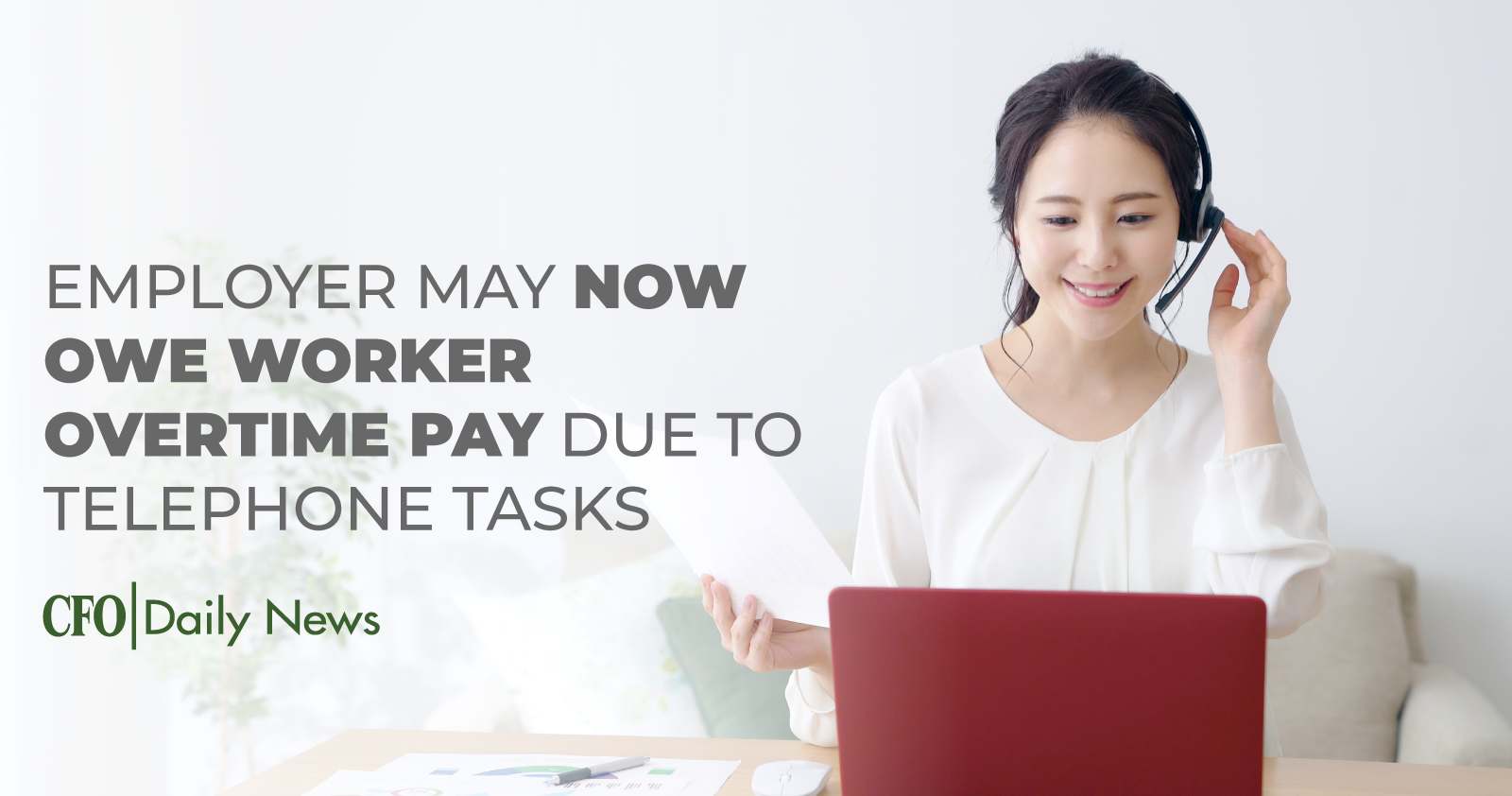 You may not think that a few small tasks can impact whether any of your employees are eligible for overtime pay. But be aware: Just a handful of phone calls that employees make in a workweek might affect how the Fair Labor Standards Act (FLSA) applies to them.

And that could leave you on the hook for back wages and penalties from the feds.

That’s according to the outcome of a recent ruling from the Eleventh Circuit in St. Elien v. All County Environmental Services.

In the case, an administrative assistant sued for overtime pay under the FLSA. However, the employer said the law didn’t apply because it was a small business with only one location and didn’t engage in any interstate commerce.

A lower court originally sided with the employer. But on appeal, some details about the admin’s job called the employer’s claim into question.

Specifically, the employee made regular phone calls to out-of-state customers and vendors. Usually, she made three to five calls each week. The phone calls were related to billing matters, credit card processing, payments and other business functions.

This interpretation matches up with existing regs from the Dept. of Labor stating that workers who regularly use phone calls for interstate communication are participating in interstate commerce.

That meant the admin could very well be covered under the FLSA. And her employer may owe her overtime pay. The Eleventh Circuit reversed the lower court’s decision, and the case will be reviewed again.

This case serves as a good reminder that, before your Payroll folks assume an employee is exempt from overtime under the FLSA, it’s crucial for them to double-check with supervisors that all the duties the person performs regularly qualify for the exemption.

Only one or two nonexempt tasks like phone calls or other administrative work could change a worker’s employment status. And that’ll impact your obligations under wage and hour law.