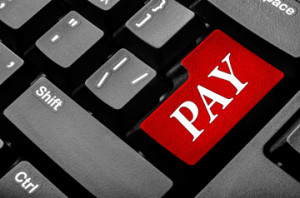 Ah, sweet irony. The Department of Labor — those folks who designed the new overtime rules that’ve been driving you crazy over the last few months — has agreed to pay $7 million to settle a claim that the agency didn’t pay earned overtime to thousands of its own workers.

The settlement ends a decade-long wrestling match between the DOL and the American Federation of Government Employees (AFGE) Local 12, which represents about 3,000 employees in the Washington, D.C. area.

In 2006, the union filed a collective action grievance against the agency, claiming  employees were being forced to work overtime without being properly compensated. This included the failure to provide compensation for “off the clock” work and “induced overtime.”

The dispute has spanned the tenures of three Secretaries of Labor. It began under Elaine Chao, but the OT violations continued through the administration of Hilda Solis, the union alleged. The final settlement was worked out under current Secretary Tom Perez.

“It is deeply disappointing that both Secretary Chao and Secretary Solis were unwilling to abide by their own regulations when it came to paying their employees,” AFGE Local 12 president Alex Bastani told law360.com. “It is sad that a decent and hard-working public servant like Secretary Perez has to clean up their mess.”

Bastani also got in a little bit of gloating in a press release issued by law firm Snider & Associates, which represented the union in the dispute: “You cannot begin to imagine how difficult it was to challenge and then fight the Department of Labor for ten years over its own failure to adhere to these laws and failure to properly compensate its own employees – but that’s what exactly what our union did – successfully. We will not stand by and let our workers get shortchanged.”

Payout by the end of the year

In a memo on the Local 12 website, Bastani explained the settlement to union members:

Oddly enough, there’s no mention of the settlement on the DOL’s official website.