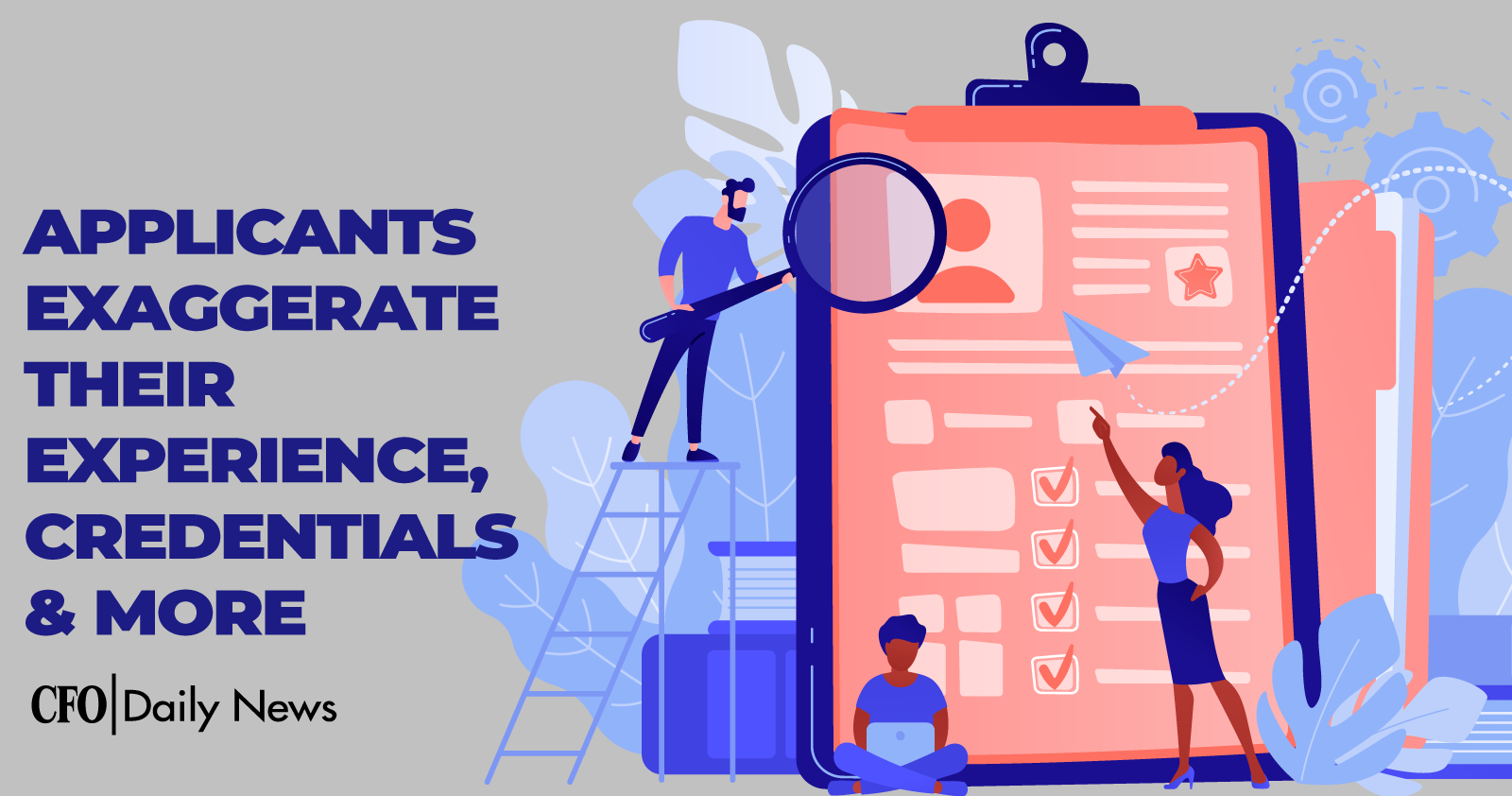 George Washington may have never told a lie, but you can’t say the same for some job-seekers on their resumes.

In fact, 32% of Americans admit to fibbing on their resumes to make themselves look more appealing to potential employers, according to a recent ResumeBuilder.com survey.

What are the top reasons for tall tales on job-hunters’ resumes?

Per the survey, they responded:

As for the places where little white lies often lurk in resumes? Among those who lied, they most commonly exaggerated their:

While some applicants may get far along in the hiring process by lying, many others eventually face consequences. After employers uncovered their lies, 41% had their job offers rescinded. Another 18% were fired after they started. Also, an additional 12% received reprimands.

However, nearly 30% of applicants faced no consequences at all for lying. Presumably, that means they somehow muddled through their jobs with their lack of qualifications undetected.

Even worse: Finance is one of the top occupations where people lied to get a foot in the door: 45% of job-seekers surveyed in the industry admitted to stretching the truth on their resumes. That revelation may explain some things about colleagues or employees you’ve had in the past.

So if you get an applicant who perhaps says they worked in Payroll at Buckingham Palace for 20 years or did A/P for the Pope, you might want to double-check that experience is legit.