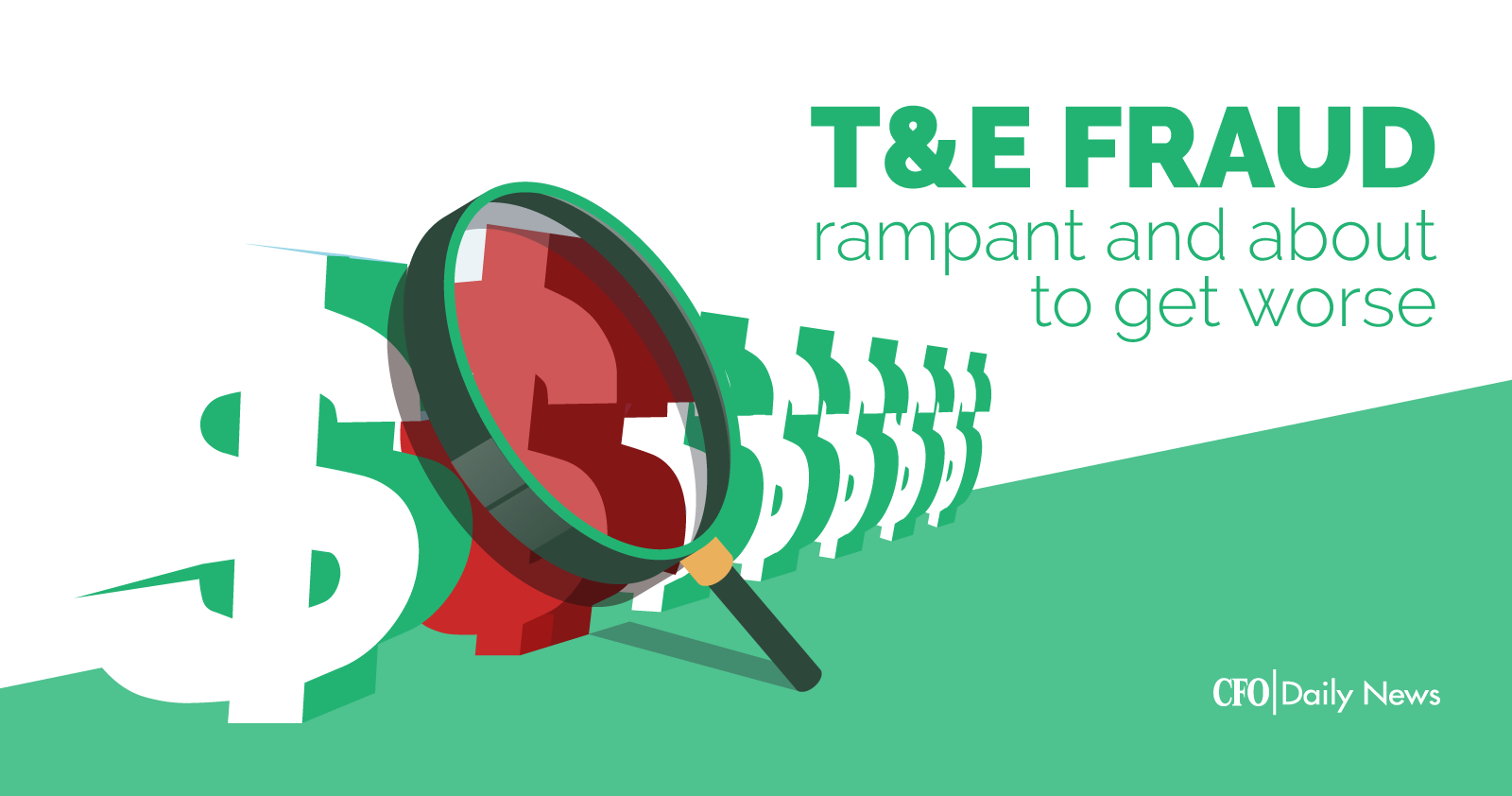 Talk about creative accounting! Three in 10 employees admit to fudging their expense reports. That’s from a recent survey from Procurify.

While expense report fraud certainly isn’t anything new, the current circumstances in the U.S. and the world as a whole may be opening the door to increased temptation and even bigger financial losses.

Here’s what you need to know to protect your own company cash at this critical point in time.

The 5 most popular expense report scams

Unfortunately there are countless little liberties road warriors can take that will add up to big losses for your company.

Procurify ranked these as the five most popular types of T&E fraud now:

The payment method with unexpected (and costly) consequences

We have a good news/bad news scenario for one of the most popular payment options.

Purchasing cards (p-cards) are a great way to streamline and centralize purchases per employee. And the built-in controls do help fight T&E fraud.

But it seems they’re also empowering folks to overspend in ways they might not with other payment options.

For example, check out these eye-openers from the 41% of employees who use a p-card:

Prepare for things to get worse

But no matter what they’ve done or how they’ve done it before, you have new reason to put your radar up even further than usual when it comes to T&E fraud.

Employees are facing uncertain times and severe financial hardships, whether it’s unpaid time off, losing a ton of money in their 401(k)s or getting laid off.

Studies show that in times of economic strain employees are much more likely to pad expenses as a way to make some of it up … even those who’d never considered it before.

And some of most companies’ biggest road warriors could be especially impacted: your salespeople.

Commissions will take a serious hit in the coming weeks and months, and folks may try to “even things out” via their expense reports.