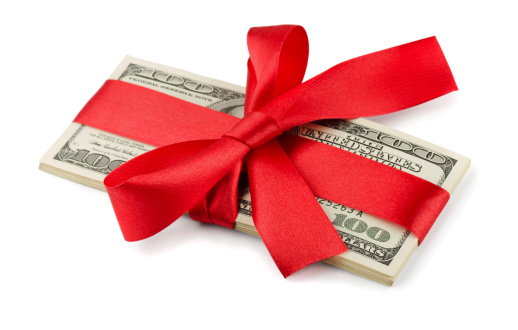 If you’re looking to hire Millennials in your Finance department but afraid of their job-hopping reputation, there’s one seldom-offered perk that will guarantee they stick around for the long term.

At least that’s what one recent study claims.

Student loan repayment assistance is a benefit 86% of Millennials say would get them to commit to their employer for five years, according to the 2017 American Student Assistance Young Workers and Student Debt Survey.

And employers can really set themselves apart from the competition just by offering this perk. Reason: Just 4% of companies currently offer student loan repayment assistance.

Tuition.io, for example, offers an interface that employers can customize to handle payments and taxation requirement and the company handles everything else. Employees never touch the money; it goes directly from the employer to the lender. According to Tuition.io, employers’ average per-paycheck contributions to workers’ student loans are generally in the $50-$200 range.

McQueen gave an eye-opening presentation at the Dig|Benefits Conference in Austin, TX, on the future of student loan repayment benefits.

While McQueen’s investment in this benefits issue obviously makes it impossible for him to offer a completely unbiased stance, the facts and reasons behind his prediction are hard to dispute.

During the presentation, McQueen confidently asserted that student loan repayment benefits “will be the next 401(k).” He then went on to spell out exactly why he made such a claim in the first place.

According to McQueen, it all starts with the employment culture among younger workers, an employee demographic that will soon be the dominate worker demographic. The average tenure of Millennials is around 16 months, and the bulk of these workers are saddled with a tremendous amount of student loan debt ($30,000 on average).

Plus, because student loan debt makes contributing to a 401(k) a low priority, employers’ 401(k) participation rates suffer as well.

Because student loan debt is so important to younger employees, companies that offer relief in this area will have a big leg up on the competition and likely be able to bolster dwindling retention rates.

What’s more, student loan debt isn’t only an issue for Millennials. Thirty-five percent of all student loan debt is held by individuals over the age of 39. Many people also have Federal Parent PLUS Loans, loans for parents to help finance their children’s college education.

But student loan repayment benefits are just the flavor of the month, right? That’s the camp many employers fall into when it comes to this new and largely unused benefit.

McQueen addressed this concern by comparing student loan benefits to 401(k)s, showing exactly why the former is likely follow the same trajectory as the latter.

When 401(k)s officially launched back in 1982, many employers and business groups believed the benefit wouldn’t last. By 1983, the retirement plan design had exploded among employers.

And the triggers for that explosion are very similar to those surrounding student loan repayment benefits: The government had a vested interest in addressing individuals lack of retirement preparedness and introduced bipartisan legislation to do just that.

The same can be said of the current student loan debt crisis. Helping individuals with student loan debt is a pro-consumer, pro-business objective. Plus, it’s one of the rare political issues that has bipartisan support.

In fact, there are several bills pending right now aimed at tackling student loan debt, such as: