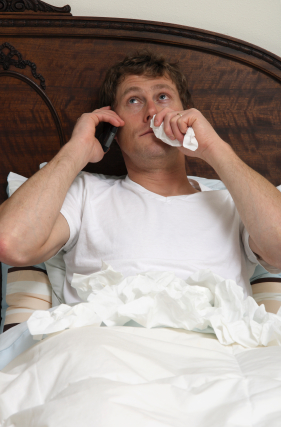 If you’re like most CFOs, you’d rather avoid half of your office coming down with the flu this year!

Nothing brings productivity down like a bout of influenza (except for maybe March Madness).

The Famers’ Almanac and some climatologists predicting bitterly cold winter weather for much of the U.S.

(Cold weather doesn’t cause the flu obviously, but exposure to the cold weakens many people’s immune systems, making them sore susceptible to catching flu bugs.)

That’s why companies that sponsor flu shots for employees can reduce the likelihood of staffers getting sick.

Also: It may be worth sponsoring more than one session to boost participation.

That’s because some years, flu season can start as early as mid-October.

It’s always possible the Centers for Disease Control (CDC) and doctors’ offices may start seeing new and unusual strains of flu going around by November/early December. It can take a few weeks before drug companies can process and distribute enough flu vaccine to counter the new strains.

If 2014-15 turns out to be a worse than usual year for the flu, a company that provides flu shots early this fall and again in early winter stays healthier than most.

Here are few other flu facts to keep in mind: