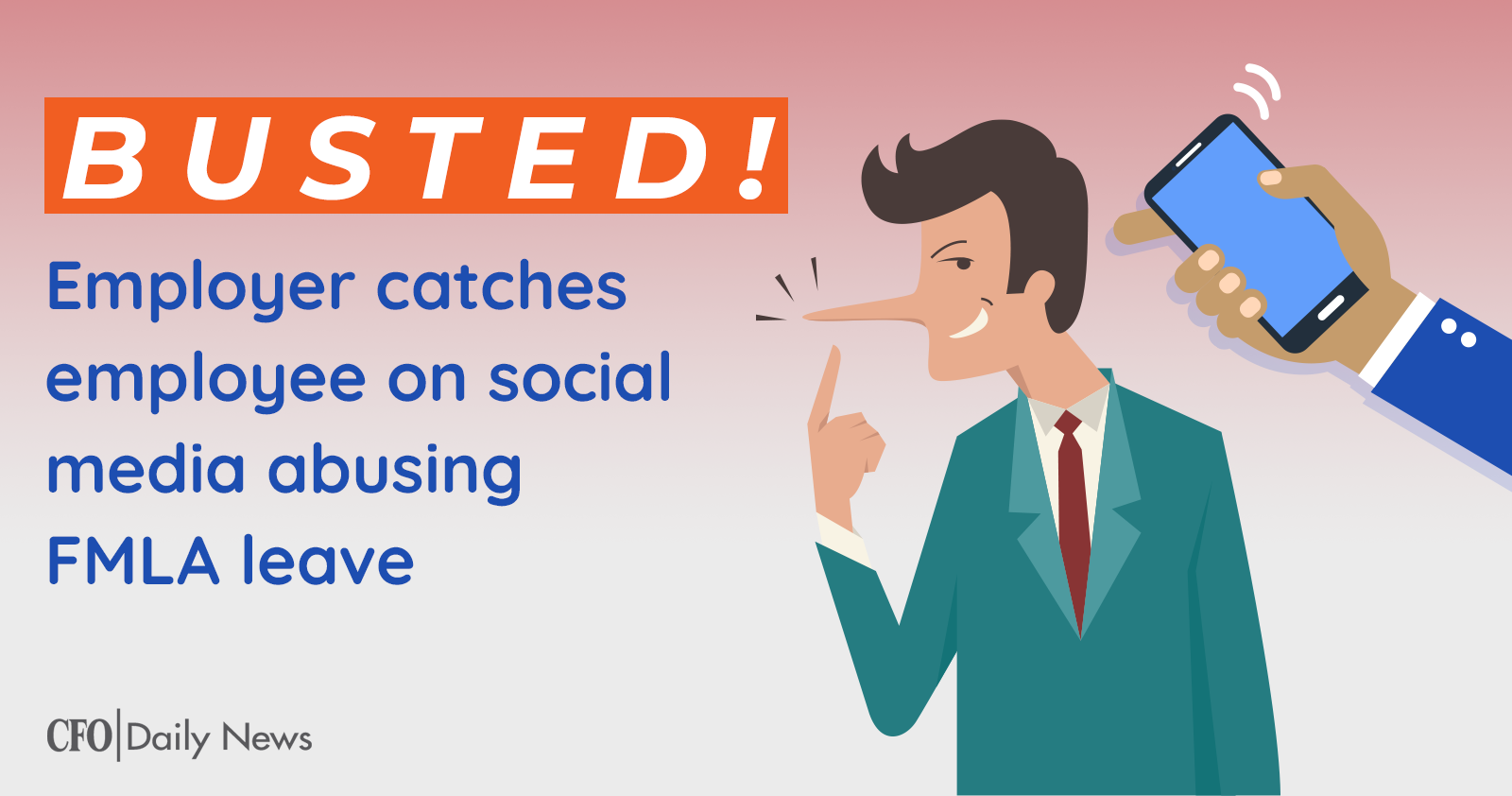 FMLA leave costs your company enough when employees take it legitimately … then you catch an employee trying to scam you!

Unfortunately it happens a lot, though probably not as dramatically as it all unfolded for one of your peers in California.

An employee taking intermittent FLMA leave was caught red-handed on a fishing trip and it was posted on Facebook Live for all to see, including his co-workers and boss.

But when the employer fired him for the abuse, he sued!

Check out what happened in this case and how to safely handle any suspicions of FMLA abuse in your own organization.

His own co-worker ratted him out

After the fishing trip video surfaced (which had been taken by a co-worker), the company promptly terminated the employee for violating the company’s policy against dishonesty and misusing FMLA leave.

But this employee wouldn’t go quietly.Instead he sued his former employer for wrongful termination, initially claiming he couldn’t recall whether he’d been on that fishing trip.

The good news: The court dismissed the case on summary judgment.

The bad news: The employer still had to sink time and money into fighting the claim.

FMLA leave is no bargain to start with. According to the Employment Policy Foundation, FMLA compliance costs you and your peers $21 billion each year in:

Which is why you of course only want employees who legitimately qualify for leave to be granted it.

But you need to tread extra carefully here.

The employer in this case had the evidence put under its nose, in the form of the Facebook Live video.

But some of your peers have gotten into serious hot water trying to prove that someone was abusing their FMLA leave.

Last year a Massachusetts jury awarded an employee $2 million when the company’s HR department was “snarky” and “hostile” to that individual’s FMLA request and presumed he was faking it (DaPrato v. MA Water Resources Authority).

Because the employer went into the investigation with a “presumption of wrongdoing,” it hadn’t treated the employee fairly and violated his rights under the federal law.

That’s an important reminder not only for HR, but for all your company’s supervisors.

While you want employees to watch out for your bottom line, they should never start from a skeptical or suspicious place when it comes to FMLA leave.

There are many ways your company can safely and legally prevent FMLA abuse, especially when it comes to intermittent leave: