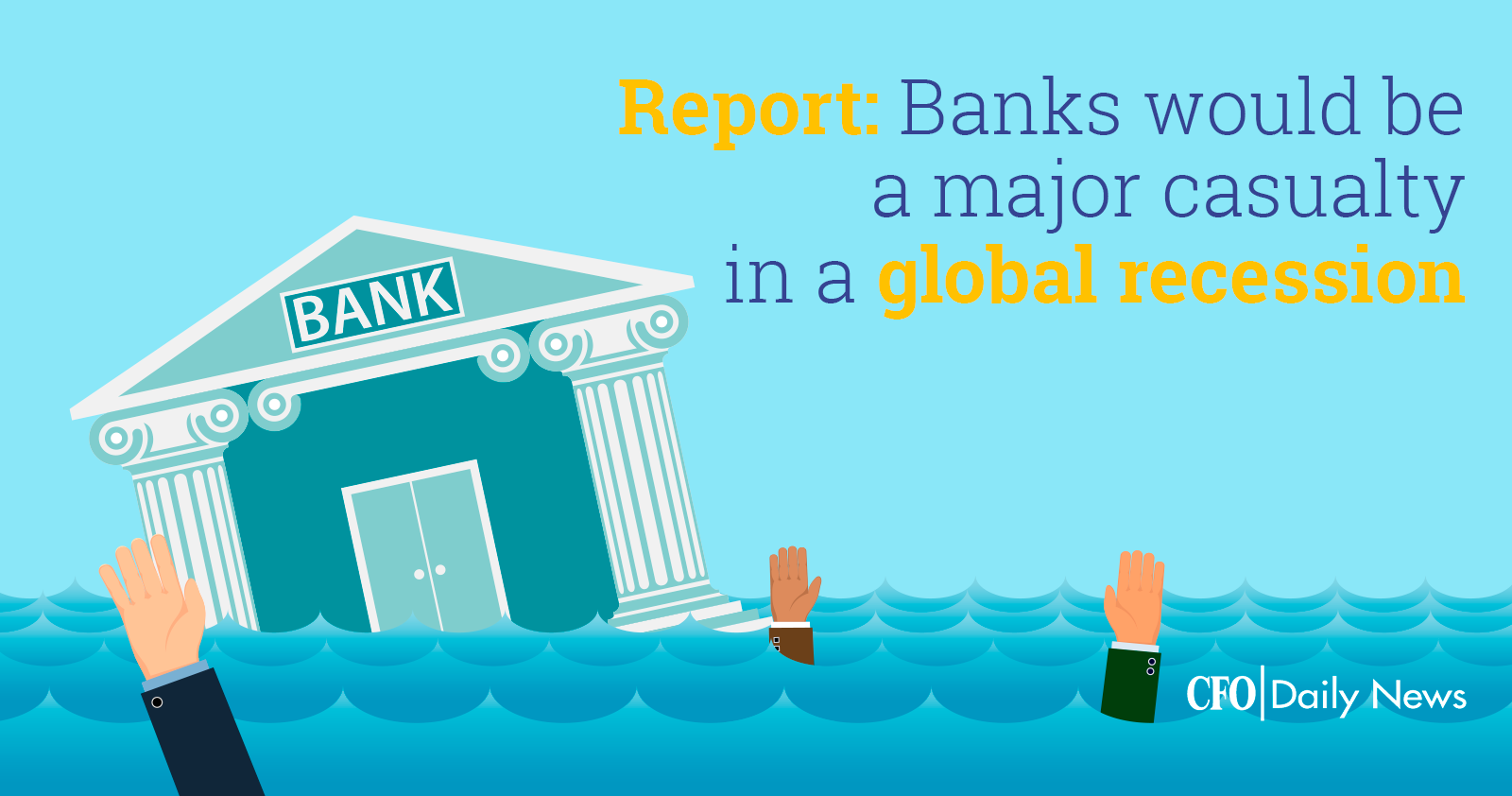 You have another reason to hope the economy doesn’t fall into a global recession: Turns out one in three banks wouldn’t survive such a downturn.

The only way they’d make it? If they merged with another financial institution or massively restructured.

That’s according to recent analysis from the folks at McKinsey.

The management consultancy classifies 35% of banks worldwide
as “challenged” because they earned an average 1.6% return on tangible equity (a key industry indicator).

In fact, if a whopping 60% of banks worldwide don’t make some changes – and fast – they’ll struggle if and when a recession hits.

Uncertainty over a global recession

The reason for much of banks’ do-or-die situation? You guessed it – economic uncertainty.

If you’re unsure whether or not we’re headed toward a global recession, you can take comfort knowing you’re not the only one. The world’s top economic experts don’t know either.

On the one hand, the headline from the IMF and the World Bank’s recent annual meetings in Washington was that the global economy will grow at a rate of 3% this year. That’s above the 2.5% rate that would signal a global recession.

But insiders say even this lackluster forecast could all come crumbling down. And something as small as a tweet from our commander-in-chief could do it.

Even low interest rates could do it

Another caution to consider: It might not even take a recession to cause a large proportion of banks to find themselves in serious trouble.

The McKinsey report asserts that even prolonged low or negative interest rates could have a similar effect.

All the more reason to watch the Federal Reserve closely in the coming months.