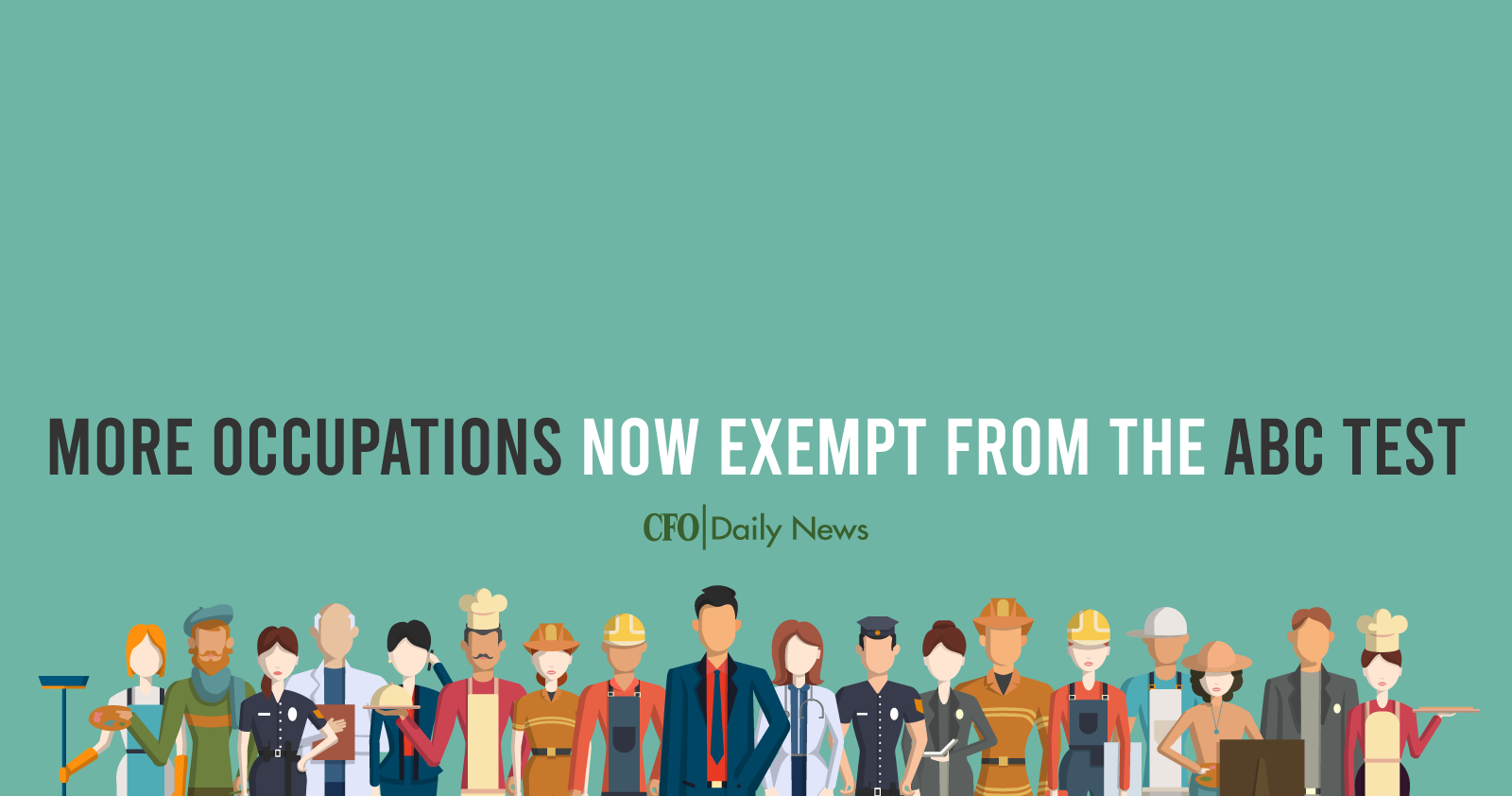 Going forward, you may need to change the way you pay some people, thanks to worker classification changes in the Golden State.

However, the law specified that workers in some occupations or business relationships can be exempt from the ABC test. (Instead, they should instead use the multifactor test, often called the Borello test, which has more factors.)

The exemption list in AB 5 included occupations like doctors, dentists, insurance agents, lawyers, real estate agents and hairstylists. But there was an air of ambiguity and broadness around this part of the law. Some didn’t quite understand why or how certain occupations were chosen for the exemption list.

Now, more recently, the state enacted AB 2257, effective Sept. 4, 2020, which better explains and expands on the types of workers that are exempt from the ABC test. The latest list includes a wide array of occupations from fine artists and freelance editors to landscape architects and real estate appraisers.

To some extent, the ABC test made it harder to classify someone as an independent contractor. (A worker is deemed an employee unless all three factors are met.) But now, with more workers exempt from the ABC test and subject to the broader multifactor test, companies may have a better chance showing someone’s an independent contractor in California.

In light of this new law and other recent changes, CFOs, HR managers and supervisors should double-check that all workers are classified and paid correctly. It’s also essential to encourage constant vigilance going forward, if and when your company brings on new workers.

And even if you’re not working in the Golden State, remember that this worker classification update could serve as a regulatory model for other states and see adoption elsewhere, too.