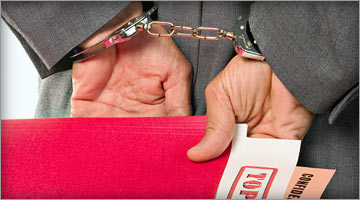 Back in 2003, Faria took over the business as CEO. More than one employee and even consultants warned him about an environmental problem that had been going on for years.

Apparently employees let wastewater from the company’s manufacturing processes pour down drains, where it reached ponds and streams, and more than likely the municipal water supply. The company should’ve been treating the wastewater first. They warned the boss that the company was polluting in violation of the Clean Water Act (CWA).

Who knows what Faria thought: maybe he figured the company hadn ‘t been fined before, so it wasn’t a significant problem. Or he thought the company would never get caught? Who knows.

But what’s clear is he didn’t take employees’ warnings seriously. And he did nothing about the problem.

Why didn’t he listen?

Fast forward eight years and environmental inspectors showed up for an inspector. They asked for the required CWA permit. Of course, they couldn’t provide one.

In 2012, the U.S. Justice Department brought Faria and the company up on criminal charges. A few days ago, Faria pled guilty to violating the CWA. He’s stepped down as company CEO and could be paying hundreds of thousands of dollars in fines.

The worst part: He faces sentencing in October. The maximum sentence is three years.