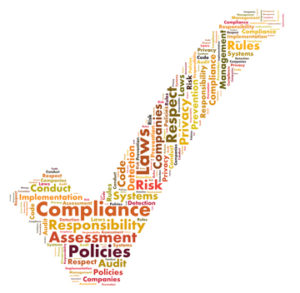 Finance chiefs will once again have one of the most useful DOL resources at their disposal to help with an array of tricky compliance issues — and avoid costly penalties and lawsuits.

That’s because the DOL just announced it will bring back the popular Opinion Letter.

Opinion Letters had been an invaluable tool for everyone from employers to employment law attorneys for complying with federal law enforced by the DOL’s Wage and Hour Division (FMLA, FLSA, etc.).

‘Official, written opinion’ by the DOL

Why were the letters so useful? Because they gave employers insight on how to tackle specific, real-life compliance issues. Through the process, an employer could submit a letter to the DOL, asking for an opinion on how a federal law — such as the FMLA or FLSA — applies to a specific set of circumstances. The DOL would then respond and publish its response so it could be used as guidance by other employers.

The DOL described Opinion Letters in it’s announcement by stating:

“An opinion letter is an official, written opinion by the Wage and Hour Division of how a particular law applies in specific circumstances presented by an employer, employee or other entity requesting the opinion.”

In 2010, the agency dropped Opinion Letters and started Administrator Interpretations (AIs). These AIs, which simply relayed the agency’s views on various compliance issues, were more broad and lacked the specificity of the Opinion Letters. Plus, they were released only sparingly.

The DOL’s website has been updated with info on where and how to submit opinion letters. Employers can also preserve their anonymity by requesting an Opinion Letter through their legal counsel.

‘Official, written opinion’ by the DOL

The Opinion Letter announcement comes right on the heels of a DOL action involving AIs. As HR Morning covered previously, the agency announced the withdrawal of its Administrator Interpretations (AIs) on joint employers and independent contractors.

In the Interpretation on joint employers, the DOL had taken the position that many business partnerships – including those involving staffing agencies and employers – may fall into the category of “joint employer.”

In the case of joint employers, all common businesses are liable for any FLSA violations.

With the guidance on ICs, the feds said most contractors would likely fall under the expansive definition of “employee” under the FLSA.

In sum, most workers are employees under the FLSA’s broad definitions. The very broad definition of employment under the FLSA as “to suffer or permit to work” and the Act’s intended expansive coverage for workers must be considered when applying the economic realities factors to determine whether a worker is an employee or an independent contractor. The factors should not be analyzed mechanically or in a vacuum, and no single factor, including control, should be over-emphasized. Instead, each factor should be considered in light of the ultimate determination of whether the worker is really in business for him or herself (and thus is an independent contractor) or is economically dependent on the employer (and thus is its employee).

The DOL didn’t any specific reasoning for the withdrawal of the Obama-era Administrative Interpretations. Now the question is: What does the DOL’s move mean for employers proceed?

On one hand, employers should take the announcement as a sign of good things to come.
Some employment attorneys believe the feds’ move is a clear indication the Acosta DOL will back off of its aggressive enforcement of employer issues like misclassification.

At the same time, employers shouldn’t put too much stock in the DOL’s latest move. For one thing, a number of courts have already handed down rulings that follow the guidance in the AIs. And there’s no reason to believe they won’t continue to rule that way moving forward.

Plus, as the DOL pointed out in the recent announcement, the AI’s were informal guidance not rules. According to the feds, the withdrawal “does not change the legal responsibilities of employers under the Fair Labor Standards Act.”

This story initially ran on our sister site, HR Morning.