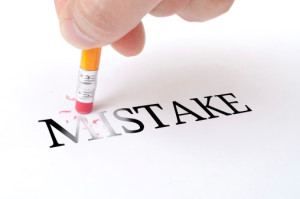 Here’s a compelling reason why reviewing your firm’s I-9 procedures should be a top priority?

A recent court ruling on the subject should do the trick.

In DLS Precision Fab LLC v. U.S. Immigration & Customs Enforcement (ICE), a court shot down DLS’s “good faith” defense of its I-9 violations and ordered the company to shell out $305,000 in fines.

Here’s some background on the case: ICE first investigated DLS way back in 2009 after the company’s HR director ignored repeated requests from the agency to submit proof it complied with federal I-9 regs.

DLS was accused of employing foreign workers without having the proper credentials on file, including I-9s. When the investigation led to an administrative law judge handing down those hefty fines, the company appealed the decision and cited the “good faith” defense.

Essentially, DLS claimed it acted honestly by hiring a qualified HR director and shouldn’t be responsible for his actions or lack thereof.

But the court didn’t buy the good faith argument. According to the court, companies are liable whenever the employees they hired to enforce compliance fail to do so.

This ruling offers a number of lessons for employers on how to avoid a similar fate.
First and foremost, most legal experts agree a “good faith” defense of I-9 violations is difficult, at best, to prove in court.

All the more reason to regularly review and double-check your I-9 procedures.
Another key takeaway: Don’t put critical compliance tasks on a single employee’s shoulders.

Granted, you’d expect an HR director of all people to comply with federal regs and government agency requests. But the company may have been able to avoid the headache altogether if it had multiple staffers handling I-9 procedures and requests.

Finally, this ruling can serve as a timely reminder that I-9 compliance should be a top priority for companies.

After all, the feds recently revised the actual I-9 form (found here: bit.ly/newform551) and announced it’ll be increasing both investigations and the fines that result from those visits.

For more details on the types of I-9 errors the feds uncover time and time again during investigations, visit.