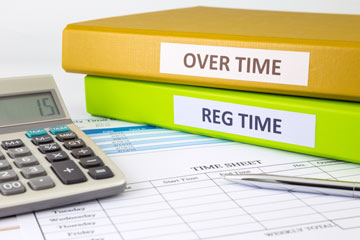 To find a suitable alternative to the OT rule changes created during the Obama administration, the Acosta-led DOL is considering a change that would address one of the chief complaints about the previous administration’s changes.

When the DOL issued a formal Request For Information (RFI) on the OT rule recently, it also suggested some alternatives to a uniform salary threshold change.

The agency suggested having multiple salary levels based on the varying costs of living in different parts of the United States.

This approach would address arguably the most criticized aspect of the reg changes: that a single salary threshold wouldn’t work because of the disparity in pay between different geographical regions.

As Seyfarth Shaw attorney and former acting administrator of the DOL’s Wage-and-Hour division Alexander Passantino put it in a recent SHRM report:

“Employing a cost-of-living-based salary test certainly would address a number of the concerns raised by employers in the previous go-round. A salary level that works for New York [City] or D.C. does not necessarily work for the rural South. Because of the way the duties test works in connection with the salary, however, the reverse is not necessarily true. The salary is a screening mechanism; if it is low enough to ensure we are not inappropriately screening out exempt employees in the rural South, it likewise serves that function in New York [City]”

While a salary threshold based on geographical location would no doubt make things more manageable for employers — particularly employers in lower-paying regions — crafting regs to effectively govern this threshold presents a daunting challenge for the DOL.

Passantino says it will be difficult for the agency to create an adequate regulatory framework for determining exactly where an employee works in the first place.

Why, exactly, would this be so difficult? Consider this head-scratching example Passantino offered:

Because of situations like this, the DOL would need to provide specific guidance on how employers would apply the proper salary level and, in complicated cases like the one above, it would likely be much more difficult for the employers than simply complying with a single salary threshold.

Of course, not everybody thinks a multi-level salary threshold would be so difficult to implement.

” … setting a standard salary level that makes adjustments based on geographic location makes sense. Employers are used to variations in salary levels at the state-law level, so this is something the DOL will likely give serious consideration.”