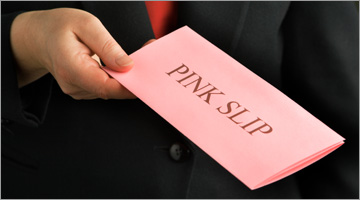 Here’s something to pass on to HR: You may have to adjust your company’s separation agreement in regards to unemployment compensation (UC) claims in the near future – or you could face some major penalties.

A new addition to the Federal Unemployment Tax Act (FUTA) is intended to make things harder on companies that routinely refuse to contest ex-employees’ UC claims. “We won’t contest” clauses have become common parts of separation clauses, and have been essential in convincing some ex-employees to sign legal releases on their way out.

Most companies would then wave off UC agency requests for notices and information by stating “The Employer does not contest the Claimant’s eligibility for benefits,” regardless of whether or not the ex-employee actually qualified.

That means the old way of doing things isn’t going to cut it. Plus, some states are going above and beyond to promote UC integrity by adding fines (or even criminal penalties) for employers who fail to respond correctly to UC agencies just once.

Because Unemployment laws vary from state to state, it behooves employers to act with caution. Consult with your attorney to see what your company needs to do to stay safe.

A good place to start, according to Forbes.com, is to alter your current separation agreement non-contest clause. It should include language that assures agencies you will respond timely and truthfully to any requests.

That way you won’t have to worry about an ex-employee accusing you of going back on your word if a UC agency calls.