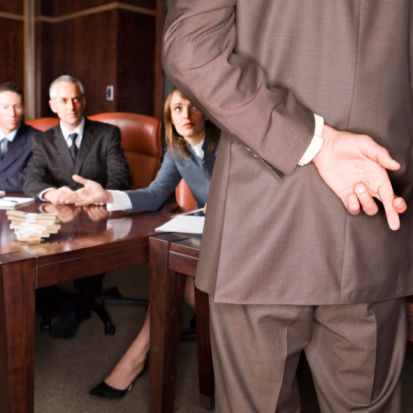 Reprimanding a staffer for an unacceptable mistake can be frustrating.

“Why would they try getting away with that?” you may have wondered after a staffer made a doozy of a gaffe.

A big key is not letting your frustration or anger get in the way of the more important goal.

And that goal is ensuring the person doesn’t make the same type of mistake again.

Make them tell you

Here are three questions to ask that can help achieve that goal:

Unacceptable responses include thoughtless, lazy responses like “I broke the rules” or “I don’t know.”

Don’t spell it out for the person.

Make them give you the right answer.

Once again, don’t spell it out for them.

They should understand the ethical reason behind a policy.

If they don’t without you having to explain it to them, than you have a much bigger problem on your hands.

3. “Do you see this kind of thing happening again?”

An employee who’s “checked out” may reveal his or her true feelings when confronted with a question like this.

The reason for that is, they may have gotten away with dishonest or careless behavior at previous jobs. As you know, companies can make mistakes with the people they hire and not figure it out until time has passed.

Listen for an apology. Expect it but don’t ask for it.

Reason: Lack of remorse is a sure sign that the person will try it again.