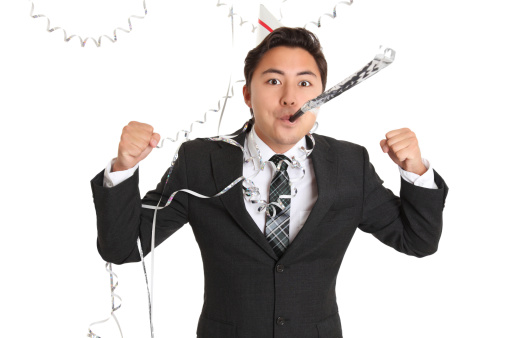 Each year, studies are released on just how much March Madness costs companies in terms of lost productivity. But with smartphones everywhere, is there anything employers can really do? And should they even try?

As we’ve reported previously, the first week of March Madness is a well-known productivity drain.

And this year’s estimates from Challenger & Gray are pretty staggering: With 50 million to 100 million American workers spending their workdays engrossed in the first week of NCAA tournament action, U.S. employers are slated to lose at least $1.2 billion for every unproductive work hour.

But instead of looking at this time of year at problem, some savvy employer use it as an opportunity.

Our sister site, HR Morning, recently reported on a company that is using workers’ interest in March Madness to its advantage.

The company is Regus, a flexible workplace provider with more than 800 business centers spanning the U.S.

Everything started when Regus managers started seeing clients using the company’s business lounges to catch the games between meetings and conference calls.

The managers decided to make this atmosphere a bit more inviting and create a sense of community, so they began stocking the lounges with drinks and food, and decorating the rooms with balloons.

These impromptu parties garnered a diverse mix of workers. At any given time, a random mix of employees (CPA, lawyer, software engineer, etc.) would be gathered together rooting for their teams (or bracket picks).

These informal “watching parties” eventually caught the attention of upper management, and they expanded on the idea.

Now, all Regus business centers are encouraged to celebrate March Madness in a manner that best suits them.

End result: Not only are Regus’ “watching parties” a great morale-booster, they’re also bringing together employees and clients who may have never spoken if it wasn’t for the March Madness activities.