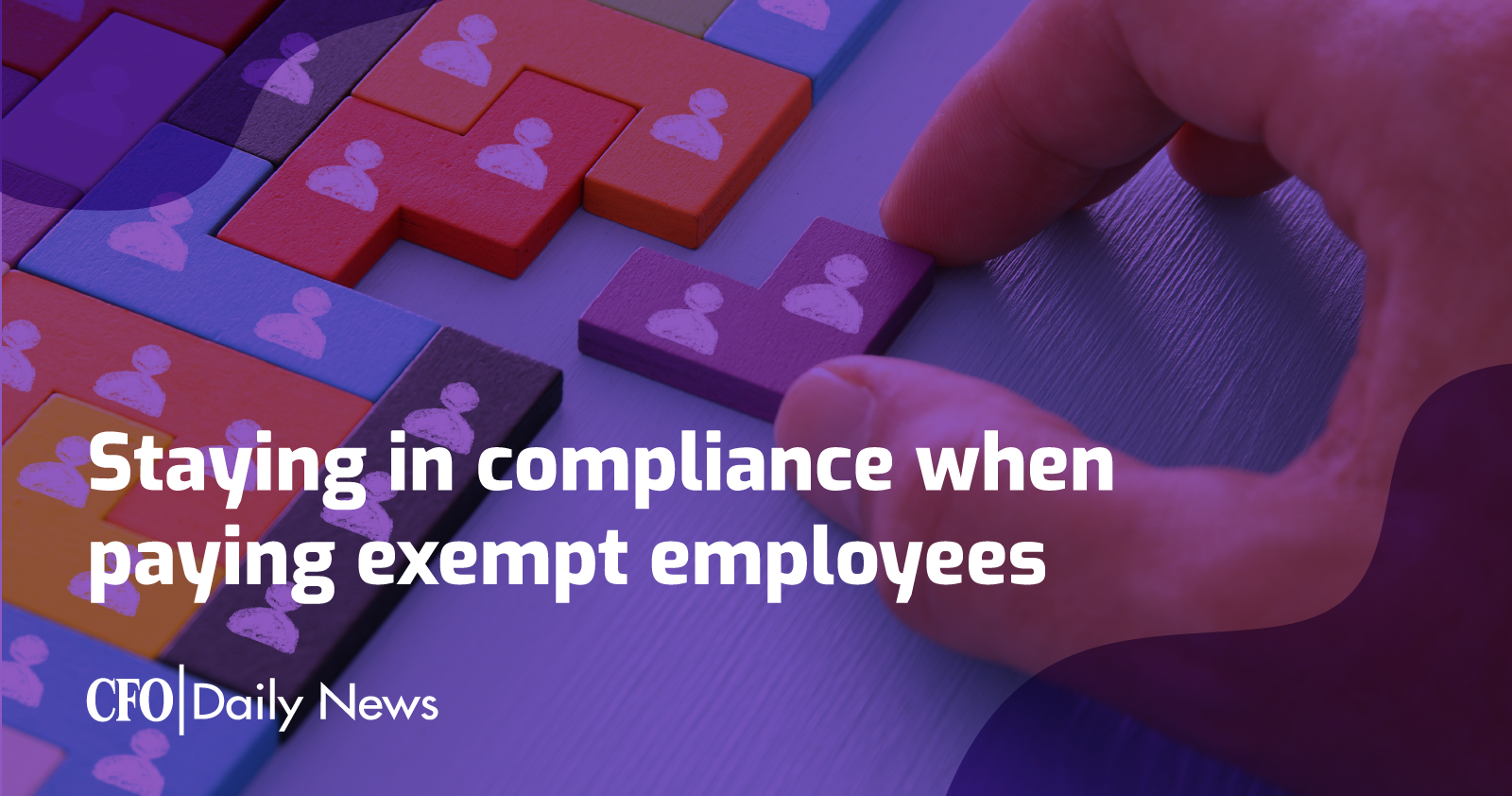 It’s important for your Payroll pros to treat exempt workers differently than hourly employees in most circumstances. But there are exceptions your people need to know about, especially if your company has some common policies in place for absences and paid time off.

The outcome of a recent court case, Jones v. New Orleans Regional Physician Hospital Organization Inc., shows that employers can opt to make certain decisions when it comes to paying exempt employees and still be compliant with the law.

In this case, a group of salaried, exempt workers claimed they were treated as hourly, nonexempt employees and were entitled to overtime.

Instead of being paid on a salary basis as required, the workers said they were actually paid based on the time they worked.

The exempt workers presented several of their employer’s pay practices as evidence. They said the employer regularly docked their pay in half-day increments. This is forbidden for exempt workers under the Fair Labor Standards Act (FLSA).

However, the employer had proof that its actions were in line with the FLSA. It only docked employees’ pay for partial-day absences during their last week of employment or absences where they were taking leave per the Family and Medical Leave Act. In both these cases, wage deductions are specifically allowed under the law if an employee works less than a full day.

Employees also claimed their employer treated them as nonexempt because it tracked their hours. Plus, they had to use paid time off to receive their full salary if they worked fewer than 40 hours a week.

Here, the court said there was nothing in the FLSA that kept employers from tracking exempt workers’ time, requiring them to work 40 hours each workweek or having them make up any hours missed with paid time off.

Since the employer’s pay practices were well within legal guidelines, the employees never lost their exempt status. So, the employer wasn’t required to pay them any overtime, the court said.

Be sure your payroll department is aware of this recent development. Also, it’s smart to review your pay policies for exempt workers to make sure they’re in compliance.