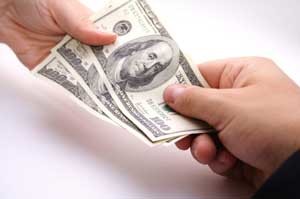 Just how grim are the retirement prospects for the generation that’s now entering the workplace for the first time? So grim, that many believe the only way to secure a stable retirement is by inheriting it.

Specifically, 63% of affluent children ages 18-22 say financial stability in retirement will depend on an inheritance, according to a recent study of 1,000 “mass affluent” Americans by Merrill Edge.

Another interesting finding from the study: Wealthy members of Gen Z aren’t solely banking on their moms and dads to contribute to their inheritance-based retirement fund.

The group is expecting to get cash from a variety of sources. The study found:

Expecting an inheritance from friends is certainly a curious finding, but Aron Levine, the head of Merrill Edge, believes it’s a natural reaction to growing up during the rise of the sharing economy (Crowdfunding, etc.). As Levine put it, if you grew up only knowing about life with elaborate online giving platforms, “why wouldn’t you have some sort of shared way with friends to finance your future?”

Inheritance isn’t a terrible retirement strategy for Generation Z. In fact, in North America, there’s an estimated $30 trillion that could be passed along to beneficiaries over the next 30 years.

The only problem: It could take a long, long time for inheritance-hopeful individuals to actually get their hands on their windfall.

A new study from UBS Financial Services found that 53% of individuals with more than $1 million in investable assets expected to live to 100 years of age.