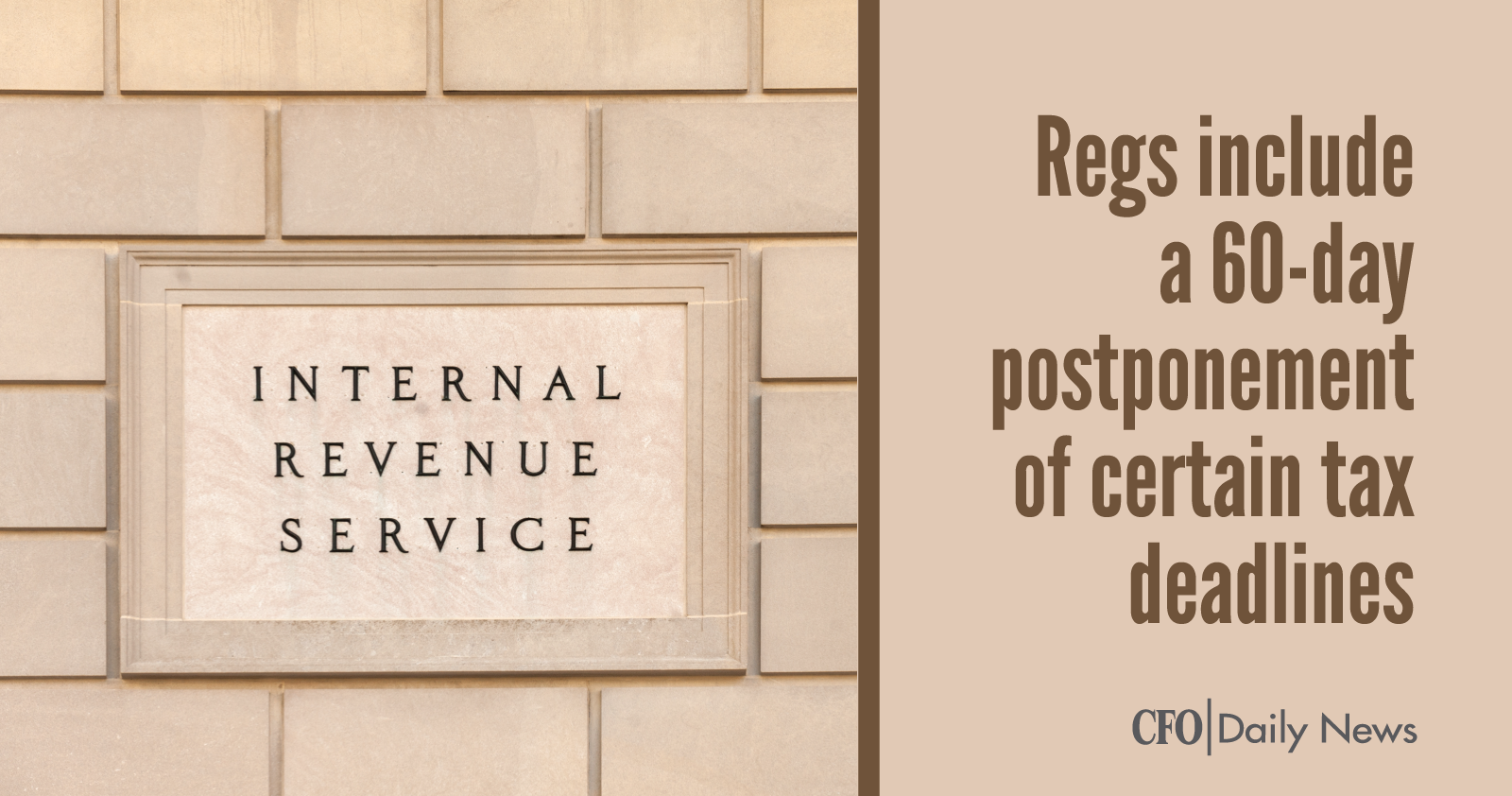 A proposed rule would make things a little easier for finance teams whose duties get impacted by federally declared disasters.

The new IRS rule, Mandatory 60-Day Postponement of Certain Tax-Related Deadlines by Reason of a Federally Declared Disaster, can be found in the Federal Register. Here’s what CFOs need to know.

The regs would create a mandatory 60-day postponement of certain tax deadlines for specific people and organizations, including

This rule also aims to clarify the definition of “federally declared disaster.” This term currently includes any disaster determined by the president under the Robert T. Stafford Disaster Relief and Emergency Assistance Act.

The problem: The Stafford Act doesn’t include the term “federally declared disaster,” which has caused some confusion.

So, the new definition will show that the term “federally declared disaster” encompasses both:

If your company’s affected by a disaster, when does the relief start and end?

Your calculation of the extension would hinge on the dates for the incident period outlined in the FEMA disaster declaration. The period would begin on the earliest “incident date” and end 60 days after the latest incident date. And this extension would run concurrently with any other IRS relief your company receives.

Finally, if passed, the regs are would apply to any disaster declared on or after Dec. 21, 2019. We’ll keep you posted.