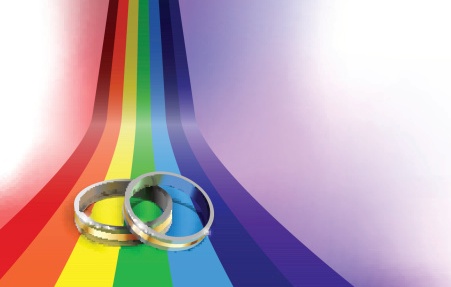 It’s been several months since the Supreme Court handed down its landmark ruling on the Defense of Marriage Act (DOMA), but the IRS just got around to issuing guidance on how it’ll handle the tax treatment of same-sex spouses under the Internal Revenue Code moving forward.

For federal tax purposes, the IRS confirmed that it’ll consider a same-sex couple married if they were married in a state or foreign country (i.e., Canada) that recognizes same-sex marriage regardless of where that couple resides.

This announcement was detailed in the agency’s Revenue Ruling 2013-17.

Prior to the IRS announcement, there were concerns the agency would apply the more restrictive “domicile rule” to its tax treatment of same-sex married couples. Under this rule, couples who reside in states that don’t recognize same-sex marriages would be excluded from favorable tax treatment under the Internal Revenue Code.

But the IRS Ruling makes it clear that same-sex married couples will be granted favorable tax treatment, regardless of how their state of residence treats same-sex marriage.

The IRS’ treatment of same-sex married couples is the opposite of the DOL’s stance on FMLA administration for same-sex spouses. The DOL recently announced employees eligible will be to take FMLA leave to care for a same-sex spouse with a serious medical condition as long as the spouse resides in a state that recognized same-sex marriage.

The issue of ‘open’ tax years

The IRS guidance goes into effect starting September 16, 2013. However, taxpayers can file amended returns for past “open” tax years.

That means if an employee hasn’t been able to pay for his or her same-sex spouse’s healthcare coverage on a pre-tax basis in previous years, the IRS will allow that employee to file an amended returns to have those payments regarded as pre-tax salary reductions, which could lead to a sizeable recovery of overpaid income tax.

This was explained in the IRS’ detailed FAQ guidance — released with the Revenue Ruling — which also explains how individuals in same-sex marriages should file their tax returns going forward.

What the feds won’t recognize

It’s worth noting that in the new guidance the IRS doesn’t recognize couples in civil unions or those who are registered domestic partners as “married” for federal tax purposes.

So in order to receive favorable tax treatment from the feds, these couples must obtain a marriage license in a state or country that recognizes same-sex marriage. In addition, these couples aren’t eligible to file amended tax returns for previous years.