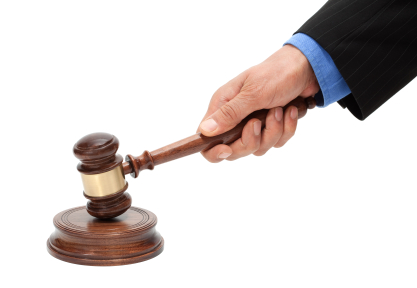 A surprise preliminary injunction by a Texas federal court judge essentially puts the controversial new OT rule on hold right at the zero hour. Now Finance has a lot of questions to answer.

First some background on how the injunction, which prevents the DOL from enforcing the new OT regs for the time being, came about.

The Texas court case focused on two consolidated lawsuits. These suits, which were brought forward by 21 states and a number of business groups, challenged the agency’s FLSA salary threshold increase on the grounds that DOL overstepped its authority in rewriting the new regs.

And the judge agreed with this assessment. In his ruling, Judge Amos L. Mazzant said that by increasing the OT salary threshold so significantly, it essential made the overtime-exemption test a one-factor — i.e., salary — test. This steep increase basically eliminated the duties test so employers, the judge said, and the DOL must look into the duties of employees to determine who falls within the FLSA’s overtime exemption.

It’s important to keep in mind that the judge’s injection doesn’t actually kill the OT rule changes, it just prevents them from taking effect on Dec. 1. So for the time being, employers are free to operate as if the DOL overtime regs aren’t in effect.

The actual merits of the case and the future of the DOL’s OT changes will be decided at a yet-to-be-determined date, but based on the judge’s comments in issuing the injunction, things don’t look promising for the future of the regs.

Of course, if the judge does uphold the regs, the changes could kick in right after he hands down his ruling. After all, employers were expected to have all their ducks in a row by Dec. 1.

Another layer to the lawsuit’s future: The new administration. A Trump DOL may not have any interest in dumping time or resources into defending FLSA changes made during the Obama administration. As a result, the changes could simply die out.

Leave be or take advantage?

Where does that leave employers? Suzanne Lucas, aka Evil HR Lady, offered a fairly simple and straightforward strategy to help guide employers in light of this unexpected development:

If your employees welcomed the change, it might be worth it for the morale boost to keep it in place, but if, like so many people, they feel demoted and demeaned by it, take advantage of the injunction and keep these employees as exempt employees.

Unfortunately, there are a number of factors may make such an outwardly simply choice a bit more complicated.

For example, let’s say you do use the injunction to keep your under-the-threshold workers classified as exempt. If the DOL appeals and the district court’s ruling is overturned, there’s a chance the OT changes could be applied retroactively to Dec. 1, 2016, which would leave firms open to noncompliance issues.

Even if you want to allow these on-the-bubble employees to keep their exempt status, it may be a good idea to track their hours until there’s a final answer to the new regs’ fate.

Now let’s say your company begrudgingly bumped up some workers’ salaries to meet the threshold and wonder if it’s OK to scale back those pay changes given the court’s injunction.

On top of the obvious morale issues this could cause, a hasty reversal could put firms in legal danger. Reason: many state laws require workers to be given specific advance notice of changes. That means any comp changes as a direct result of this injunction must comply with state law as well as your own internal policies and employee contracts.