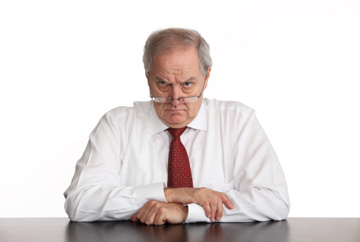 More than 70% of bosses and managers will take part in some type of March Madness pool this season, but many of these same managers have some serious reservations about allowing or encouraging their direct reports to do the same.

In fact, more than 50% of the managers who participate in March Madness are unsure whether it’s wise to encourage or invite their employees to join in.

That’s one of the more puzzling takeaways from a recent report by Seyfarth Shaw at Work (SSAW).

Such findings paint a troubling picture about managers’ ability to lead by example and foster a culture of inclusiveness in the workplace.

After all, what kind of message does it send to rank-and-file employees when nearly three-fourths of supervisors feel like participating in March Madness is a worthwhile activity but aren’t sure they trust their underlings to do the same?

To be fair, managers have every right to be concerned about the impact of March Madness on the workplace. For starters, there’s the precipitous drop in productivity that results when the tournament starts up.

In fact, this year’s NCAA men’s college basketball tournament is expected to cost employers $2.3 billion in lost productivity, according to research from the the consulting firm Challenger, Gray & Christmas.

“Between streaming games during work hours to filling out brackets to just discussing the games with co-workers, it’s likely employees will spend much more than one hour during the week-long tournament engage in March Madness-related activities at work.”

4 keys to controlling the Madness

Despite the alarming stats about lost productivity, March Madness can actually impact your workplace in a positive way.

That’s why Weiss advises — using what some would see as an aggressive amount of basketball-related language — employers to avoid “outlawing” any March Madness-related discussion or engagement at work. Instead, he offers the following tips to help supervisors manage the madness without encouraging or OKing excessive lags in actual work getting done:

1 Curb Their Own Madness (at the office). In order for everything to run smoothly, managers must avoid any direct or indirect comments that cause employees to believe it’s OK for the tournament to come before “taking care of business.” Weiss suggests getting individual managers to employ a “zone defense,” where they’re each responsible for checking up on specific work areas to make sure distractions are, all things considered, at a minimum.

He also suggests using a mental “60-second conversation shot clock” (see what we mean about the basketball lingo?) where managers diplomatically steer staffers engrossed in distracting tournament talk back to work.

2. Tamp Down any Tournament Trash Talk. Even the most innocent razzing about in- or cross-state rivalries can easily devolve into full-on political debates — especially in today’s climate. Train supervisors to step in at the first sign of trash talk that has the potential to go south.

3. Avoid “Giving Away the Store.” Some companies hold inter-office March Madness pools. If you do go this route, don’t charge entry fees or offer cash prizes. Avoiding these things cuts down on gambling-related risks (some states have very specific laws against gambling), Weiss says. What should you offer instead? Weiss suggests things like company-logo adorned hats to “transform college pride into company pride.”

4. Set-up a “Spectator Section.” To keep employees from secretly streaming live games from their desks and hitting the boss button every time a manager walks by, you may want to offer designated times and places for workers to watch. A “Break and Bracket Area,” as Weiss calls it. Offering incentives — like pizza or apps — can also prevent employees from watching a game at a local bar during their lunch hour and drowning their sorrows in Jager shots if their team makes an early exit from the tournament.

Key: If you do decide to allow any time of March Madness activity at work, don’t force participation on employees. At best, this forced participation will annoy employees who have no interest in the tournament, at worst it can lead to legal problems.

This was originally published on our sister site, HR Morning.