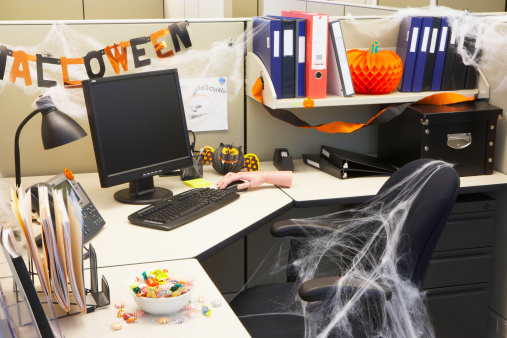 Ever hear a staffer complain they could stop coming to work and nobody would even notice? Here’s a guy that actually put that theory to the test.

Joaquin Garcia was employed as an engineer by the municipal water board in Cadiz, Spain. As part of Garcia’s job, he was expected to supervise a waste water treatment plant.

At some point, Garcia simply decided to stop coming in to work. According to a report in The Guardian, Garcia didn’t go to work for at least six years — during which, of course, he continued to  collect a paycheck. Jorge Blas Fernandez, the deputy mayor who hired Garcia, acknowledged the situation and told The Guardian:

“He [Garcia] was still on payroll. I thought, where is this man? Is he still there? Has he retired? Has he died?”

Garcia apparently made the most of his “paid” time off by becoming a voracious reader of philosophy works. So how did the man the Spanish media dubbed “el funcionario fantasma (the phantom official)” eventually get caught?

He was — check this out — slated to receive an award for two decades of “loyal service.”

Garcia, doing what he did best, was a no-show.

This prompted a co-worker whose office was across from Garcia’s to come forward and admit he hadn’t actually seen the 69-year-old engineer for years.

Eventually the facts of the situation came to light, and a court imposed a fine of €27,000 ($30,000), the max an employer could legally reclaim, on Garcia for not coming to work for at least six years — and possibly as many as 14.