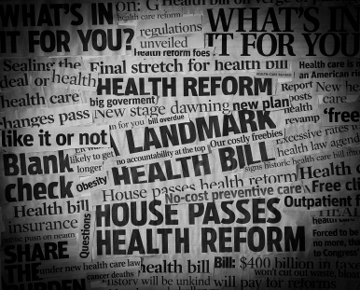 Lost in the wake of all the fuss about further delays of the Affordable Care Act’s employer mandate was another important rule clarification – a clarification that could be used to your advantage.

The feds just issued the final rule on waiting periods for healthcare coverage under the healthcare reform law.

While the final rule is consistent with the proposed regs the feds had issued previously, they did propose something new this time around.

And should the proposal go through, employers may be able to use it to their advantage.

Under the final rule, employers can’t make new employees – or other eligible employees – wait more than 90 days for the their healthcare coverage to take effect.

(Note: Firms can also use hours for eligibility calculations as long as the time is capped at 1200 hours.)

And the 90 day waiting period must be calculated using all calendar days, not just business days.

In other words, employers must factor in weekends and holidays into their waiting-period calculations.

The rule also says that if health plan participants opt to enroll in an employer’s plan after a 90-day waiting period, the plan will not be in violation of the waiting period rules.

The waiting period rules will apply to all plan years beginning on or after Jan. 1, 2015.

In addition to the final rule, the feds also issued a proposed rule on the maximum length of a new-employment orientation period.

The proposed rule would limit what the feds call a “reasonable and bona fide employment-based orientation period” to one month.

In their proposal, the feds don’t spell out what it takes for an orientation period to be “reasonable and bona-fide.” However, they do make one thing clear: As long as the orientation isn’t designed to skirt the health reform law’s waiting period, a plan’s 90-day calculation wouldn’t begin until the first day after the employee’s orientation was completed.