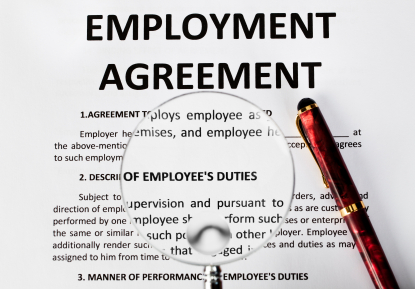 Getting your contractors to sign an independent contractor (IC) agreement acknowledging they’re fully aware of their status as ICs isn’t a bad idea.

But it’s certainly not enough to keep your firm from winding up on the wrong end of a misclassification lawsuit – especially when your employees and ICs are performing very similar tasks.

That’s one of the key takeaways from a recent court ruling where a newspaper wound up owing $11 million for misclassifying its paper carriers as ICs.

‘Would be their own boss’

Here’s some background on the case: The San Diego Union Tribune, owned by The Copley Press, Inc., had classified 1,230 paper carriers as ICs.

The paper probably felt secure with its classification because it had the carriers enter into an IC agreement stating they fully “understood they were independent contractors” and “would be their own boss.”

The court did acknowledge that the agreement as well as a number of other factors (carriers’ had the right to use helpers and other substitutes, etc.) indicated contractor status.

However, there were a significant number of other factors surrounding the carriers’ job duties that favored full-time employee status, the court said. Some of those factors included:

It also didn’t help that both the ICs and the paper’s own employees performed similar functions.

Where else you can go

Classifying people correctly isn’t always easy – especially after the IRS said there are situations where someone can be both an IC and a company employee.

But it’s essential to make sure any ICs can pass all federal and state classification tests.

Here’s a some more detailed overview on the IRS rules on ICs.

If you still have certain concerns, you can actually ask the feds.

Both businesses and workers can ask the IRS to make a determination on employment status by filing Form SS-8, “Determination of Worker Status for Purposes of Federal Employment Taxes and Income Tax Withholding.”