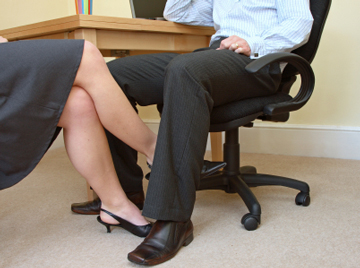 When a Swedish politician proposed the radical idea of paying town workers for one-hour sex breaks to bolster the town’s birthrate, the politician and his little town garnered a ton of media attention.

According to The New York Times, the 31-member council in the Swedish town of Overtornea overwhelmingly shot down the sex break proposal.

The council’s reason: If sex becomes subsidized, then so should many other personal activities. As the council put it in its published decision:

“If sexual congress is considered a valid activity, then other activities should be approved, such as cleaning.”

Orertornea council member Tomas Mortber elaborated even further on the council’s decision in a phone interview with The Times by stating:

“We don’t see this as a health- and wellness-promoting activity, just like gardening isn’t. The break should be used for a walk or going to a gym. A love act with your loved one should be done in your own free time, not during paid work hours.”

The story of the Swedish town’s sex-break proposal was initially published on our sister site, HR Benefits Alert. Councilman Per-Erik Muskos proposed giving municipal employees an hour-long paid break to go home and have sex, according to  The Times report.

In addition, Muskos extolled the physical benefits by stating, “sex is also a great form of exercise and has documented positive effects on well-being.”

He even suggested workers could use an hour of the workweek they’d already set aside for exercise and use for the more intimate fitness activity.

The proposal was met with both praise and derision. But Muskos himself has acknowledged certain logistical issues with enforcing the proposal. As he told colleagues, it would be difficult to tell whether an employee had sex with his or her partner or simply used the time to go for a walk.

Of course, the proposal brings up one major question: What about the single employees that don’t have a regular sexual partner?

Note: This story was originally was published on our sister site HR Morning.