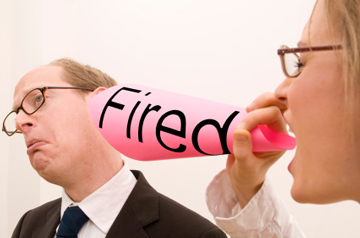 When a New York City underwriter walked past a life-sized poster of New England Patriots quarterback Tom Brady in his Manhattan office, little did he know it would set off a chain off events that would eventually lead to his termination.

As the New York Post reports, 37-year-old Solomon Chu, an underwriter for National Debt Relief and rabid New York Giants fan, thought the giant poster of Tom Brady in the lobby of his workplace was simply there as a prank to get a rise out of folks.

After all, they were in New York, so why else would something like that be there? Chu reasoned.

Following that misguided logic and doing what he believed was a favor for his fellow Giants and Jets fans, Chu ripped down the poster and threw it in the trash.

Unfortunately for Chu, the poster was not only not a prank, it had also belonged to National Debt Relief’s head of HR, Joanne Murray, a huge fan of Brady and the Patriots.

The day after destroying the Brady shrine, Chu was brought into Murray’s office for questioning.

While showing him the surveillance video, Murray asked Chu, “Did you think you were going to get away with this?”

Chu apologized profusely for the misunderstanding, explained how he thought the poster was a joke and even offered to pay $50 to replace the poster.

Later that night, he even sent another apology to Murray that stated:

“Again, I’m terribly sorry. I sincerely believed it was a prank and treated it as such. There was no intent to be malicious or underhanded … I’ve made an order to replace your property with expedited delivery.”

The efforts seemed to help some, and Chu did manage to get another meeting with HR. However, despite his best efforts, the company decided to fire him “due to the Tom Brady incident.”

Chu told the New York Post he feels “wronged” by the termination, claiming he had been a model employee who just received a performance bonus and had a perfect score on his customer-service calls. In the end, he blamed Murray’s affinity for the Patriots for his termination.

“Patriots fans are crazy. Boston fans are known for their fanaticism, but this lady took it too far out of Boston,” Chu said.

(This article was originally published on our sister site, HR Morning.)