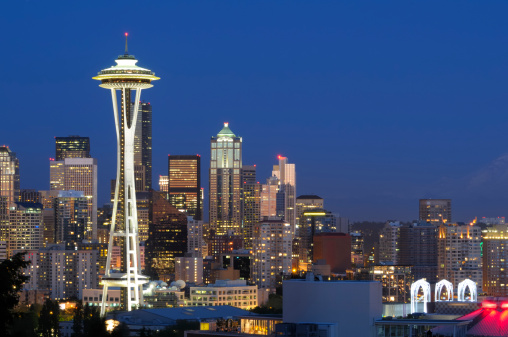 Seattle recently decided that the Obama administration’s push for a $10 per hour federal minimum wage just wasn’t enough for its liking.

The Seattle City Council unanimously voted in favor of an increase in the minimum wage that would bump pay up to $15 per hour over the next three to seven years.
Under the plan, employers with fewer than 500 workers would be required to raise wages to the $15-per-hour mark within seven years. That amount is more than a 60% hike from the current $9.32 per-hour rate.

Large businesses (500 or more workers) have three years to meet the $15 threshold, unless they offer health care to workers, in which case they have four years to comply.

The announcement of the raise hike was met with some resistance by a number of business groups, some of which have vowed to take action.

The International Franchise Association, a trade organization, has already said it will sue to stop the wage increase from taking effect.

According to the group’s president, Steve Caldeira the:

“[P]lan would force the 600 franchisees in Seattle, which own 1,700 franchise locations employing 19,000 workers, to adopt the full $15 minimum wage in 3 years, while most other small business owners would have seven years to adopt the $15 wage.”