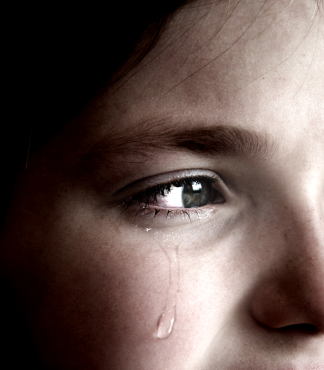 Teams that cry together thrive together — at least that’s what a number of Japanese companies believe. As a result, these firms are ponying up to ensure group weeping takes place at work.

That’s right. There’s a small but growing faction of Japanese employers that are hiring people to come in-house and make their employees cry.

And you thought crying in the workplace was something to be avoided. Enter Hiroki Terai. He’s the man who is generally credited with bringing crying workshops to Japanese companies.

Another interesting component of the crying workshops: They are led by an ikemeso danshi or a “handsome weeping boy” with the sole purpose of making people cry.

What takes place at these crying workshops? Employees gather around together in conference roomd and watch sad films (about ill pets or father-daughter relationships) while the handsome weeping boys stroll around offering tissues and even wiping away employees’ tears.

At this point, you may be asking yourself: What could possibly be the rationale behind these sessions?

Hiroki further explains his hopes for his weeping boy business and the crying workshops by stating:

“I want Japanese people to cry. Not only at home but in the office. If you cry at work [you think] your co-workers will not want to touch you – there’s a really negative image. But I know that after you cry and let people see your vulnerability, you can get along even better with people, which is also good for the company. It creates a better working environment and people get along better.”

Not buying the benefits of handsome weeping boys? Well, before you write this unusual benefits trend off, remember: Nobody thought workplace wellness programs would last, either.