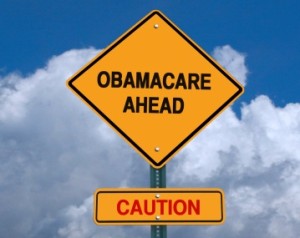 In the wake of Trump’s Executive Order instructing Congress to do whatever was legally necessary to “repeal and replace” Obamacare, little has been said about how long such a move will actually take — until now.

At the National Association of Health Underwriters’ annual legislative conference in Washington DC, legislators offered the more than 1,000 insurance agents gathered for the events some of details and answers to questions that had been lacking up until to this point, according to a report by Employee Benefit Adviser.

The most eye-opening revelation came from Sen. Lamar Alexander (R-TN), the chairman of the Senate’s Committee on Health, Education, Labor and Pension.

‘Americans deserve a repeal, but …’

Alexander said the full change (aka, ACA repeal) and implementation of it will take up to six years and only after “concrete alternatives” because “Americans deserve to have it repealed, but it needs to be done the right way.”

Despite the lengthy process of the ACA repeal — or revision — project, Alexander did make it clear that Republicans planned on getting to work right immediately to do away with the more controversial and administratively onerous provision of the ACA.

Of the immediate action Republicans are taking, Alexander said:

“That means, as Ryan (Speaker Paul Ryan) has said, we will do most of our legislation on it this year, most before summer.”

Alexander also offered some insight into the GOP’s plan for tackling what he viewed as the most pressing ACA problem, the individual market, by stating:

‘Not going to do anything stupid’

Collins also acknowledged the formidable challenge of repealing and replacing such a significant piece of legislation by stating:

“It is not easy. We are not going to do something … not well thought out or [that] has unintended consequences.”

The process of reconciliation

Our sister site, HR Morning, recently reported on some of the more specific steps the GOP could take to dismantle the ACA.

As the article mentioned stated, Congressional Republicans are now preparing to dismantle portions of the ACA using a process known as reconciliation. It will allow the GOP to vote on budgetary pieces of the health law, without giving the Democrats a chance to filibuster.

The problem for Republicans is reconciliation limits the extent to which they can reshape the law.

The parts of the law it appears they can roll back through reconciliation:

The Republicans believe that through reconciliation they can knock the legs out from under the ACA and begin to implement their own health reforms.

Some of the things members of the GOP have indicated they want to do: