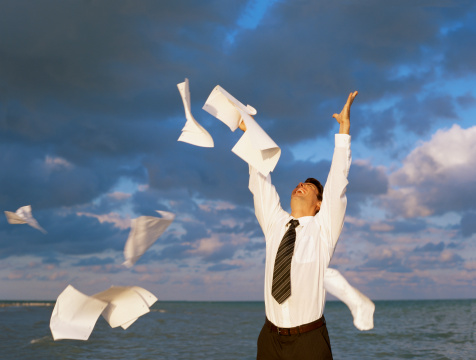 If you’re thinking of jumping ship, you’re not alone – CFO turnover is up for the third year in a row with one industry up to almost 20%. A new survey explains why so many CFOs are on the move.

In 2013, CFO turnover was up across all industries an average of 14.4%, according to a recent study by Crist│Kolder Associates. Turnover numbers for financial officers have been slowly creeping up over the last couple of years: 11% in 2011 and 13.7% in 2012.

They may seem like high numbers, but they’re actually low compared to the turnover rates of the late nineties and early 2000s when turnover numbers ranged between 17% and 20%.

That may sound surprising, considering the economy was much more stable in those years. But actually, the study found that a high CFO turnover rate usually indicates a good economy.

In rough economic times, CFOs are more likely to stay at their current jobs and devote themselves to seeing their companies through the downturn. When the economy is stronger, they feel safer looking for new opportunities elsewhere.

So the fact that the turnover rate is climbing again could be seen as a sign the economy is strengthening.

Some industries are seeing a much higher turnover than others. The highest is the industrial sector at 19.7%, which is followed by the financial sector at 18.2%.

The retail and services sectors experienced the least amount of turnover: 7.6% and 4.5%, respectively.

The reason for the disparity may have to do with the diversity of opportunities in those industries, the study predicted.

Some other highlights from the study: