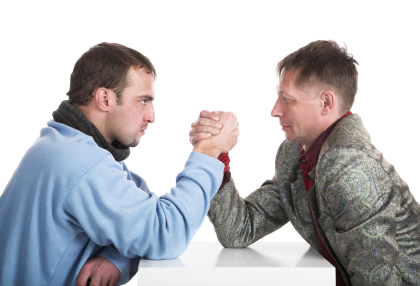 Every manager would love it if their staffers got along great, all the time.

But when two staffers continually bicker, more often than not, work suffers. That’s unacceptable to other staff members and you.

Here are four steps to take when conflicts get in the way of work:

1. Tackle it head on

Get the two staffers together and let them know how their disagreements are affecting work and those around them.

For example: You might say, “I’ve noticed that you don’t listen to each other, and it’s slowing down your work on such-and-such project.”

Focus on the behavior, not the individuals or the underlying conflict.

You shouldn’t waste much time on the “He said, she said.” But people get past a disagreement faster when they have a chance to explain their side of things.

Ask each person to comment on the cause of the conflict. If necessary, ask each one not to say anything while the other is speaking.

Sometimes disagreements boil down to, “He thinks he knows the best way to handle task A, and I’d rather do it my way.” That’s a classic power struggle conflict.

Doesn’t matter what the disagreement is about: The goal is moving past the conflict and on to a solution. Ask each one what they can agree on. Acceptable answers include, “Not fighting anymore” or “Doing a good job.”

If they can’t agree on a positive outlook like that, make them sit there until they realize they’d better agree on something positive – and pronto!

Ask them how they should proceed and move past the conflict. Try not to jump in with ideas – make them offer their own suggestions.