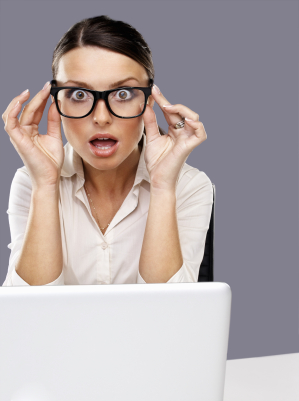 IT/IS departments going over budget is nothing new. But it’s not just in-house spending and budgeting that CFOs should be worried about. Turns out that software and tech application projects end up costing businesses about 30% more then vendors originally estimate.

Ouch! Even though vendors can crunch more data than ever before, they’re still underestimating project costs just as badly as they were in the 1980s!

The major reason tech vendors are so off-base is a common mistake that contractors in practically every field screw up as well:

They make unrealistic cost projections because winning a client’s bid is the overwhelming goal.

Like the old saying goes, “If a deal sounds too good to be true …”

You know the rest. But as CFOs and controllers learn from experience, IT pros can lose sight of that. They’re frequently dazzled by what the technology can do and don’t take a close look at the bottom line.

Here are two other reasons Jorgensen says projects don’t come in as close as possible to initial estimates, and companies like yours end up experiencing sticker shock:

1. Vendors understimate how much work will be needed to integrate the software/app into clients’ existing platforms. ‘Nuff said.

2. They don’t look at their own historical data when finalizing estimates. Too often a vendor doesn’t say, “Remember the problems we ran into with Company XYZ? They could be an issue with this project.” Vendors should take off the rose-colored glasses and go by past results.

Your best bet: Always allow plenty of wiggle room in the budget.

And always have a healthy skepticism of low bids. IT may need a reminder on that one.